Shroud of the Avatar Gets Veteran Developer Starr Long 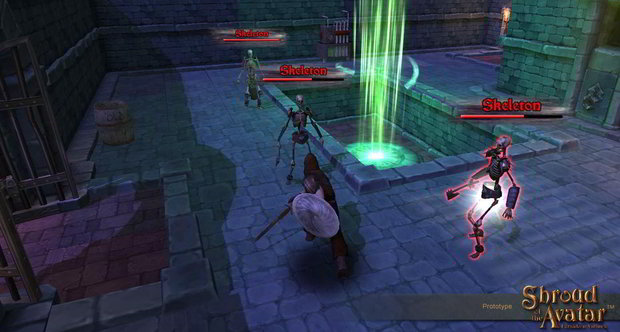 The last time Starr Long and Richard Garriott teamed up to create a fantasy role playing game (RPG) was 1997. That game, Ultima Online, quickly became the first commercially successful massively multiplayer online role playing game (MMORPG) and many credit the duo with reinventing the RPG with that ground breaking product. Now Richard Garriott and Starr Long are preparing for yet another collaboration to reinvent the genre, this time on Portalarium’s Shroud of the Avatar PC game. Starr will be the game’s executive producer.

Garriott announced the collaboration at RTX 2013, where he’s a guest speaker at this year’s event. He is showing a demo of Shroud of the Avatar during a special presentation at 4:30 pm CDT, Saturday, July 6, in room 19 of the convention center. The entire presentation will be live streamed on RTX Live. Additionally, Garriott will be formally introducing Starr during his talk.

Starr is a 20-year veteran of the gaming industry. He started his career at Austin’s legendary Origin Systems studio where he worked directly with Garriott to produce and create Ultima Online, which continues its position today as the longest running massively multiplayer online game ever. In 2010, Ultima Online was inducted into the Online Game Developers Conference Hall of Fame, becoming the first MMO to be so honored. Starr later helped co-found Destination Games with Richard and Robert Garriott (the company was soon acquired by NCsoft) and as producer he again collaborated with Richard Garriott on the futuristic MMO game, Tabula Rasa. In 2008Beckett’s Massive Online Gamer magazine named Starr Long as one of the Top 20 Most Influential People in the massively multiplayer online industry.

Starr’s move to Portalarium comes after spending the last four years as executive producer at The Walt Disney Company where he oversaw the Disney Interactive studio responsible for Pirates of the Caribbean Online,Pixie Hollow and Toontown. While there he was the executive producer of the Disney Parent App on Facebook, eight learning mini games in Club Penguin (including Pufflescape, the second most popular mini-game in that virtual world), Club Penguin mobile, five Disney Connected Learning games on iOS (ranked in the top 5 educational games) and the Disney Connected Learning platform.

Be The First To Play Maplestory M, The Epic Mobile MMORPG, During Beta Test