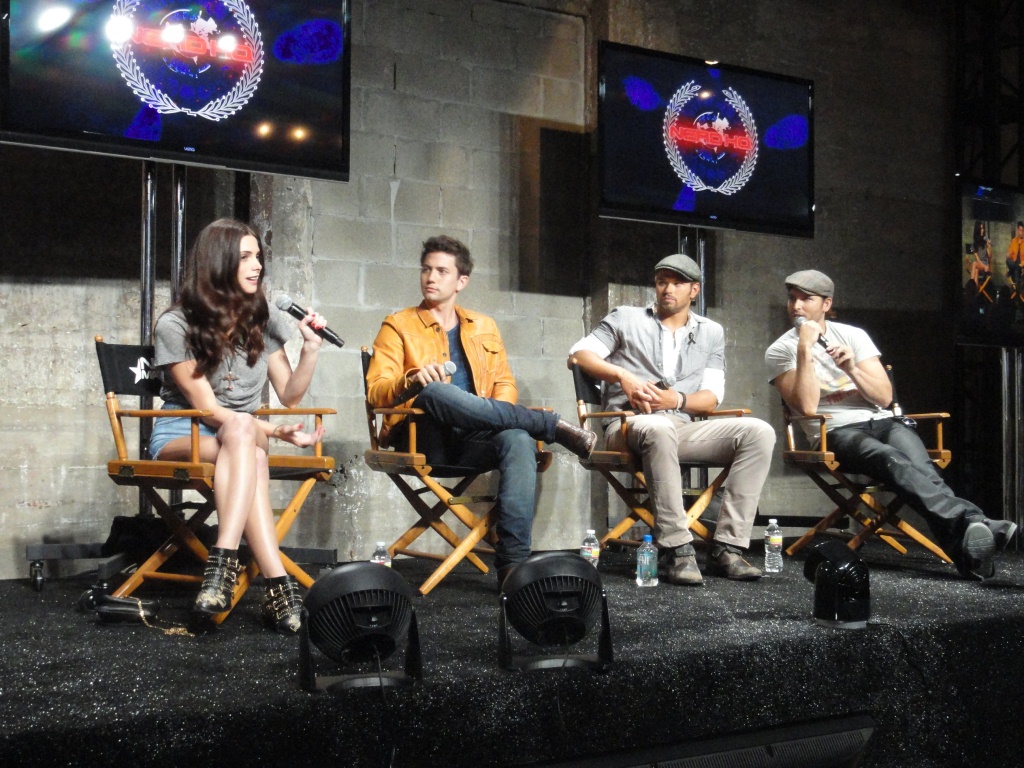 Zachary Levi and The Nerd Machine, a multimedia company that brings the best of apparel, accessories, and both long and short form video content to its global clientele, is bringing Nerd HQ back to San Diego July 18th-21st in a new location, Petco Park (100 Park Blvd, San Diego, CA 92101), home of the San Diego Padres. This is the third year for the fan event outside of San Diego Comic Con 2013.

Over the last three years, Nerd HQ has continually expanded and given fans a unique experience while in San Diego for the international comic book and entertainment festival. This year Nerd HQ will again provide fans with a home base where they can experience cutting edge technology and gaming showcases, exciting autograph signings, cornerstone events and exclusive parties, including Levi’s annual NERD Party.

“With the move to Petco Park, we can bring fans an even bigger, more dynamic experience during Nerd HQ 2013.” said Zachary Levi, founder of The Nerd Machine.  “Moving to the ballpark is a major step in the growth of Nerd HQ and will allow us to expand our tradition of offering exclusive access to new games, technology, and the opportunity for intimate conversations with some of the Hollywood’s most influential celebrities and creatives.”

Returning this year is the very popular philanthropic panel series, Conversations for a Cause which will stream through The Nerd Machine YouTube page, NerdMachineTV. Last year’s panels raised $140,000 for Operation Smile and consisted of some of the most talked about films, television shows and video games, including: Chuck, Doctor Who, Grimm, NTSF, Robot Chicken, The Man with the Iron Fist, Expendables 2, Tomb Raider and Twilight. Panelists included many of today’s top actors, actresses and film and game makers including Ashley Greene, Guillermo del Toro, Jason Ritter, Jared Padalecki, Joss Whedon, Kellan Lutz, Lucy Liu, Nathan Fillion, RZA, Seth Green, Stan Lee, Terry Crews, and Zachary Levi, among many others. This year’s panels, which will be announced in the coming days, are sure to bring fun surprises and intriguing discussions. Individual tickets will sell for $22, with proceeds benefiting Operation Smile.