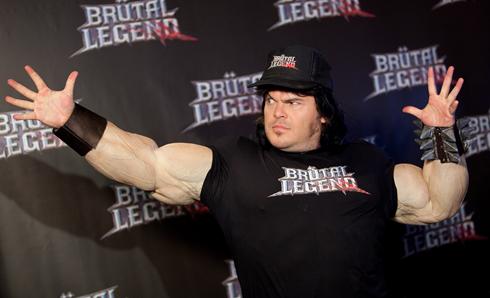 Shine America and Yahoo! will bring the ultimate paranormal experience to this year’s Comic-Con 2013 in San Diego. Jack Black will return to Comic-Con for the first time since 2005 for a panel session to support the paranormal comedy web series, Ghost Ghirls, guest-starring and produced by Black and coming to Yahoo! this fall. Gamers know Black from his role in Brutal Legend.

The panel will take place on Thursday, July 18th from 1:00 PM to 2:00 PM in the Indigo Ballroom at the Hilton Bayfront Hotel. Joining Black on the Ghost Ghirls panel are co-stars/creators Amanda Lund and Maria Blasucci, director/creator Jeremy Konner and Erin McPherson, VP & Head of Video at Yahoo! Comic-Con attendees will see an exclusive episode before it premieres on Yahoo! this fall and the comedic genius of the cast and creators to ghoul-out for an interactive panel session. Panelists will share with fans the inspiration for the show and answer questions from attendees.

Ghost Ghirls is a web comedy series following the antics of two best friends, Heidi (Lund) and Angelica (Blasucci), who work as paranormal investigators. Each episode details the bumbling adventures of the hilarious duo as they attempt to solve otherworldly cases while not tripping over themselves in the process.

“We heard that Comic-Con is haunted. Never fear, The Ghost Ghirls are on the way,” said Black.