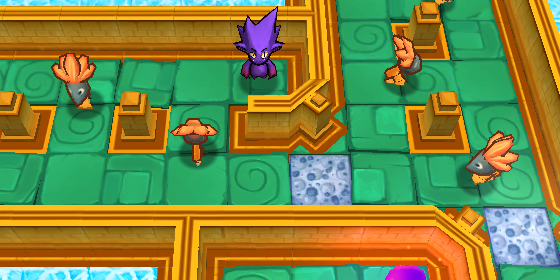 Game developer Chuck Summerfield is back. He spent E3 at the NVIDIA booth showing off the new Tegra 4-enhanced Project SHIELD sequel to Chip’s Challenge called Chuck’s Challenge. The co-founder of Niffler talks about what’s in store in the new puzzle game.

Where did the idea for Chip’s Challenge come from?

I had this idea for a game that I always wanted to do.  So I built a prototype of it at home in my own spare time and I got the green light to go ahead and do it for the Atari Lynx. I made the game and then put it out there and it was a huge success.

What happened to the Chip’s Challenge sequel?

I decided to write a sequel to Chip’s Challenge since it was so successful and I got permission to go ahead with that and I worked for two years really hard, got it all published, got it just the way I wanted it, went back to the people that owned the name and just found out that they wanted me to upfront all the marketing costs and they asked for $100,000 or so in advance. I couldn’t afford that. I was really sad about it for a long time and I decided eventually to just move on and count it as one of life’s lessons. It wasn’t going to happen.