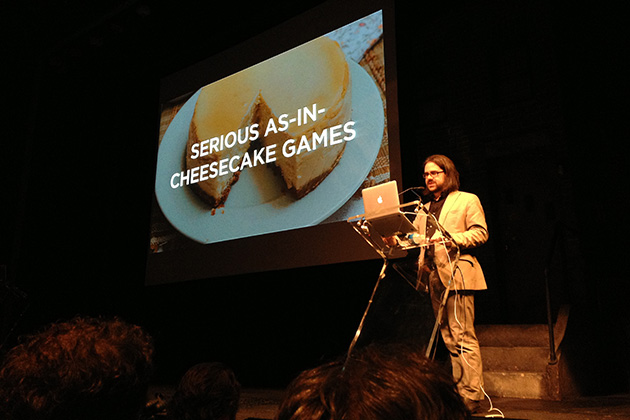 The 10th annual Games for Change Festival (G4C) brought together more than 800 leading game developers, educators, and academics to discuss how to leverage computer and video games to enhance learning and engage players in social issues. G4C attendees participated in workshops and listened to insightful panels and keynote addresses, during which speakers detailed the process of making games, the challenges of educating children in a rapidly changing media landscape, and the intersection of social impact and entertainment.

Among the keynote speakers was Eric Zimmerman, an independent game designer and visiting assistant arts professor at New York University’s Game Center, who encouraged teachers to use educational games that compel students to play spontaneously. During another keynote address, Brenda Romero, a game designer at the University of California at Santa Cruz, discussed video games’ ability to move us emotionally, and how that can drive players’ social advocacy. Robin Hinke, designer of thatgamecompany’s widely-acclaimed video game Journey and co-founder of game publisher Funomena, underscored games’ potential to create serious impact. "There really is no difference between a game for change and a commercial video game," she said. "Every game makes a change; with each statement we make as an industry, we change the world."

Most Significant Impact: Data Dealer, a game that teaches players how to safely use the Internet and how to secure their personal data online.

Best Gameplay: Reach for the Sun, a visually stunning science game that educates players about the environment by challenging them to nurture seedlings and help them grow.

Most Innovative: BlindSide, a completely auditory adventure in which players explore a fascinating 3D world built entirely out of sounds.

Game of the Year: Quandry, a futuristic city-building game that presents young students with ethical challenges and other situations they may have to face at home or at school, such as distinguishing between fact and opinion, understanding others’ viewpoints, and making difficult decisions.