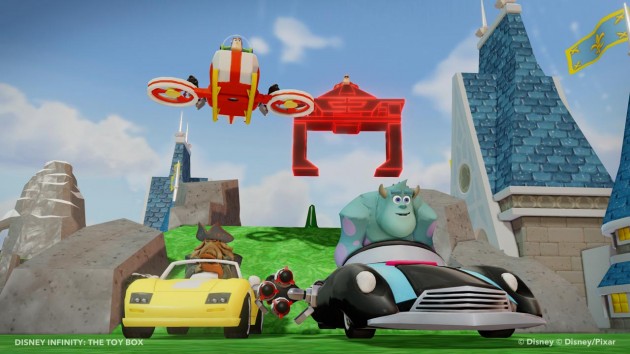 Disney Interactive is bringing Disney Infinity on the road. The game is embarking on a multi-city Summer of Endless Fun tour to showcase the most anticipated game of the year. The cross country road trip, which is free to the public, kicked off on July 7 in the Downtown Disney District in Anaheim, Calif. Players will get an exclusive sneak peek at the game before it hits store shelves on Aug. 18.

Zigzagging across the country, fans will get the chance to play Disney Infinity – featuring the innovative Toy Box mode that truly brings every kids’ imagination to life. Who hasn’t thought about building a world where Mr. Incredible uses a Monsters University toilet paper launcher while driving around in Cinderella’s carriage with monster truck wheels? Now players can let their imaginations run free and create their own adventures.

Disney Infinity is an all-new game platform that gives players the freedom to create stories and play experiences featuring characters from The Walt Disney Company and Pixar Animation Studios. Players can place real-world toy versions of beloved Disney characters onto a device called the Disney Infinity Base and transport them into the virtual game worlds of Monsters University, the Incredibles, Pirates of the Caribbean, Cars and The Lone Ranger, as well as into a giant Toy Box.