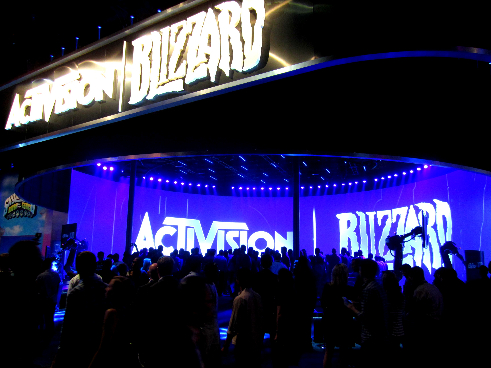 The Entertainment Software Association (ESA) announced today that Activision Blizzard, Inc. and Tencent have joined the trade association. They increase ESA’s membership to 37 companies, and bolster its representation of diverse businesses that drive advancements across all game platforms in the evolving marketplace.

“These highly innovative companies offer compelling and influential video games and game content to millions of players across the globe,” said Michael D. Gallagher, president and CEO of ESA. “Activision Blizzard and Tencent have established worldwide reputations as producers of world-class interactive entertainment. We are eager to work with both companies as they continue to grow their global interactive and entertainment services.”

Activision Blizzard is an international online, PC, console, handheld, and mobile game developer and publisher with leading market positions across every major category of the interactive entertainment software industry. In addition to offering exclusive content for game consoles and computer games, the company is one of the largest third-party video game publishers in the world; titles include Activision Publishing’s popular Call of Duty and Skylanders franchises and Blizzard Entertainment’s World of Warcraft, StarCraft andDiablo franchises. Founded in 1979, Activision was the first independent developer and distributor of video games for game consoles. Activision Blizzard maintains operations in 17 countries, including the United States.

“We are excited to join ESA,” said Chris Walther of Activision Blizzard. “ESA has a long track-record of supporting its members and the video game industry, and we look forward to sharing our unique perspective and experience with them.”

Tencent uses technology to enrich the lives of Internet users. Hundreds of millions of people communicate, share experiences, consume information, seek entertainment, and shop online daily through its integrated platforms. It serves the largest online game community in China with a diverse online games portfolio including the QQ Game Platform, advanced casual games and massively multiplayer online games. In addition to online games, its services include QQ, Weixin and WeChat for communications; Qzone for social networking; internet service portal QQ.com; and the eCommerce open platform. Founded in 1998, Tencent has steadily grown to become one of the leading providers of comprehensive Internet services.

“ESA supports and cultivates collaboration among member companies,” said Gordon Bellamy of Tencent. “We are excited to join an association that promotes the development of the U.S. game industry as we are exploring more opportunities in this market.”

Mobile is the wave of the future!

Teams in NY, LA, and Miami announced among others!