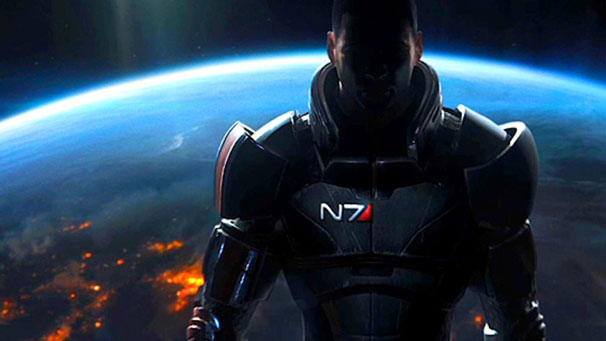 Winner of more than 300 awards and recipient of more than 200 perfect scores, the Mass Effect franchise is one of the most decorated videogame series of all time. And now for the first time, PlayStation 3 owners can experience Commander Shepard’s entire saga from beginning to end. Mass Effect Trilogy, a compilation of all three critically-acclaimed Mass Effect games, is now available on the PlayStation 3 computer entertainment system in one box set for only $59.99. Also today, the original Mass Effect is available directly via the PlayStation Network for $14.99, including the single-player DLC “Bring Down the Sky”. For more information on Mass Effect Trilogy, check out Producer Ryan Warden’s blog on http://blog.bioware.com/.

The Mass Effect series follows the rise of Commander Shepard from Alliance Marine to becoming the galaxy’s most elite soldier – the only soldier who can lead an all-out galactic war against an ancient alien race known as the Reapers. Heart-pounding action meets gripping interactive storytelling as players decide how their unique story unfolds over all three games. With a team of loyal soldiers at their side, each player decides how they will save the galaxy, from the weapons and abilities they utilize to the relationships they forge or break.

For more information about Mass Effect Trilogy, please visit the game’s official web site at http://MassEffect.com. Fans can also receive more Mass Effect updates and news on Twitter at http://twitter.com/masseffect, or on Facebook at http://facebook.com/masseffect. Assets are available at http://info.ea.com.