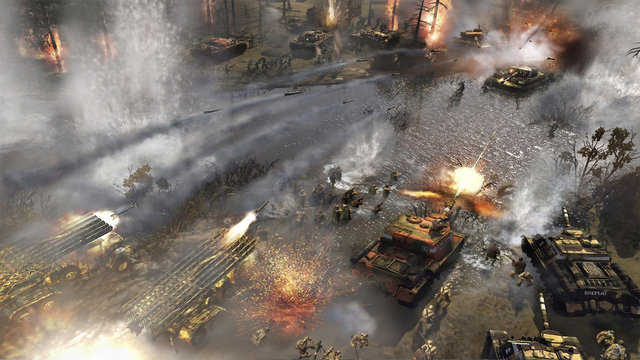 Sega of America has filed a claim against now bankrupt publisher THQ saying that the company owes them some scratch from pre-orders for Relic Entertainment’s Company of Heroes 2.

According to the claim, THQ managed to garner $941,710.93 in profits from pre-orders of Relic’s RTS sequel. Sega is especially interested in the $508,877.85 that was made *after* THQ filed for bankruptcy last December. Sega won both developer Relic Entertainment and the intellectual property for Company of Heroes for $26.6 million during the THQ asset auction that was held in January.

Unfortunately for THQ, it would seem Sega isn’t the only company that has a bone to pick with them. Double Fine, Codemasters, and even former THQ executives like Jason Rubin and Jason Kay are also vying for their slices of money pie. Sega has stated that they don’t expect to actually get anything from the claim, but adding their name to the list ensures that if there *is* a financial resolution of some kind, they’ll get their cut.