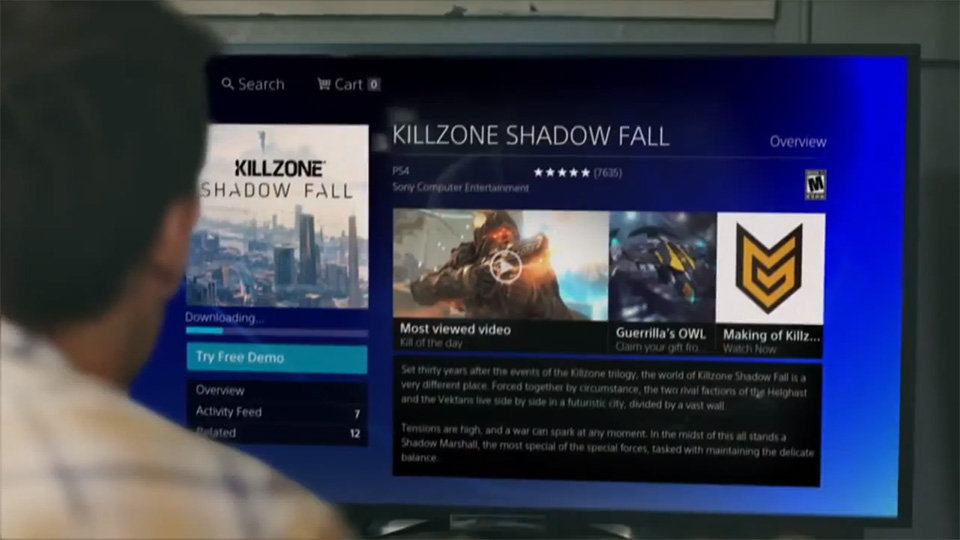 During a Sony developer conference that was held today, it was confirmed that PlayStation 4 players will be able to sign into their account and access their entire digital library of games from any PlayStation 4 console by Sony engineer Neil Brown.

"You can visit your friend's house, you can log into your account and play any game from your digital library." Brown told attendees during the conference. Even better, players won’t have to wait for the entire download to complete before they can start playing; Brown also confirmed that players will be able to access "at least the first section of the game" soon after the download begins and they can keep playing as the download continues in the background.

The same cloud-based functionality will also apply to disc-based games. Players will no longer have to wait for a disc-based game to finish downloading onto the console, they can just pop the disc in and start playing while the game downloads. Sony was unable to clarify if, after a disc-based game has been installed on a console, a player would be able to re-download it onto another console but they could confirm that all digital games purchased from the PlayStation Store would be compatible with cloud-based features.

Currently the PlayStation 3 utilizes similar technology for storing and downloading digital games onto other consoles but the company also puts a tight limit on how many different consoles a particular PSN account can be associated with. Whether the limit will remain the same for the PlayStation 4 remains to be seen.