Comic Con 2013: Gamers Get First Hands On With PlayStation 4 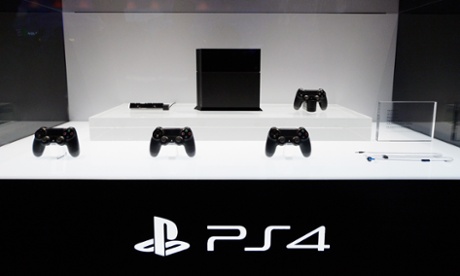 Sony is unveiling PlayStation 4 to the public for the first time at Comic Con 2013 in San Diego. Sure, the console debuted at E3, but that show is closed to the public. Sony will have a trio of playable PS4 games at Comic-Con, including Driveclub, Knack and Octodad: Dadliest Catch. The games will be at the Sony Computer Entertainment Booth #301 inside the massive San Diego convention center. There will also be a large display case in which the PS4 system, the Dualshock 4, and accessories like the PS4 Camera and PS4 Headset can be seen up close.

Sony will also be promoting PlayStation Vita with hands-on of a number of titles, including Killzone: Mercenary, Tearaway, The Walking Dead, Dragon’s Crown, Batman: Arkham Origins Blackgate and Spelunky.

There will also be PS3 games playable, including Beyond: Two Souls, Gran Turismo 6, Puppeteer, Diablo III and Batman: Arkham Origins.