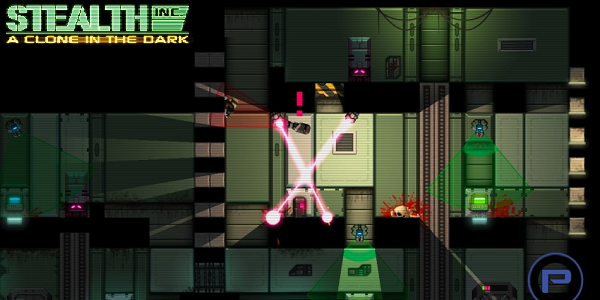 Sony Computer Entertainment America is bringing back PlayStation Store PLAY, its annual summer program showcasing a line-up of PlayStation games and special offers, on July 16. Gamers who pre-order games will receive an exclusive PS3 XMB theme based on each game purchased. Additionally, members of PlayStation Plus, PlayStation’s premium game membership, will receive a 20 percent discount on PLAY titles when pre-ordering.

July 23: Stealth Inc: A Clone in the Dark (PS3/PS Vita) – Leading off the PLAY promotion and launching exclusively on PSN, Stealth Inc: A Clone in the Dark is a fast-paced stealth  platformer featuring brutal hazards, ruthless enemies, fiendish puzzles and red pixels galore. Jump, sneak, and be chunked through 80 levels. Will you make it out alive? Armed with only your wits and a pair of top of the range Stealthing Goggles, it's your job to sneak your way through a deadly facility that's determined to extinguish your fragile little life. With no weapons and no armor, being seen means instant death. Stay out of the light to avoid the attention of deadly security robots! Leap like a lusty salmon to avoid those zap-happy lasers! Think fast as the walls close in around you! And once you've defeated these deadly chambers (or they've defeated you), create your own fiendish death-rooms in Stealth Inc's fully-featured level editor! This game is cross-buy and entitles you to both the PS3 and Vita version. Pre-order Stealth Inc: A Clone in the Dark starting July 16 for $9.99 ($7.99 for PLUS members).