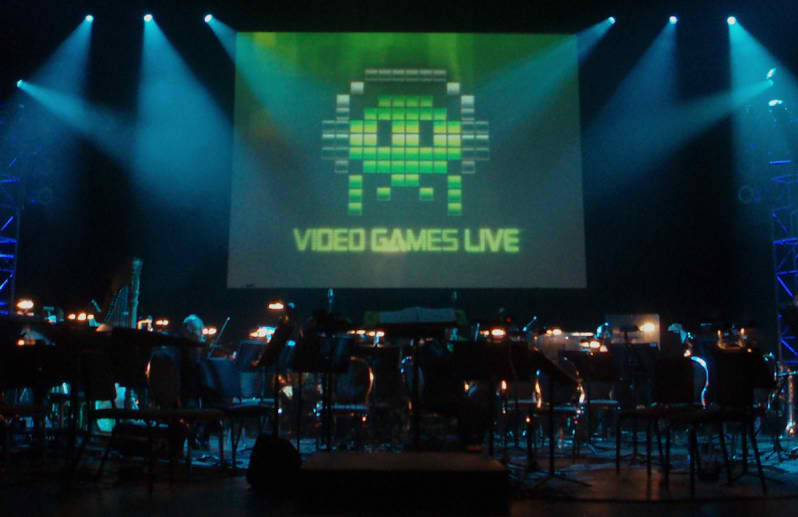 Twitch is partnering with Video Games Live to live stream their multimedia concert and pre-show on July 20th, 2013, beginning at 6:00pm PDT. The free concert – which is being presented by Amazon Video Games and sponsored by Assassin's Creed IV Black Flag – will be held during the week of San Diego Comic-Con at the San Diego Civic Theatre. The spectacle includes music performed by orchestras and choirs set to synchronized video clips spanning the most popular video games of all time to the most anticipated games on the horizon.

Among the 20 song set list, Video Games Live will feature several world premieres, including the music from Assassin's Creed IV Black Flag, Destiny and Dota2, with Dota 2 featuring previously unseen gameplay and cinematic footage. This concert will also include new world premiere arrangements of music from DiabloIII and the Monkey Island series. In addition, there will be music performed from iconic games and franchises, such as Final Fantasy, Street Fighter II, Castlevania, Shadow of the Colossus, The Elder Scrolls V: Skyrim, Journey, Chrono Trigger, Chrono Cross and many more.

“At Bungie we are all storytellers. We’ve composed Music of the Spheres to enable the listener to experience a part of Destiny’s story as a purely musical journey. For that reason we are releasing this suite as a prequel to the game itself,” said Marty O’Donnell, Audio Director at Bungie. “Video Games Live’s global vision is appealing, and their charter matches the emotional connection through music we’ve always tried to achieve from Halo to Destiny.”

Preceding the live broadcast of the concert, interviews will be conducted during a two-hour pre-show with many of the musicians involved in the show and other industry luminaries. Twitch viewers will also be able to pose questions to guests using the following hashtag: #playtheclassics.

Join the tournament circuit from the comfort of your own home!