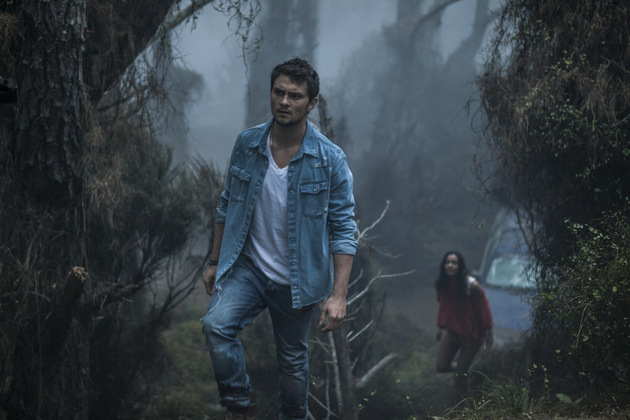 This July, prepare for the apocalypse with Movies on Demand on Cable (MOD) at Comic Con 2013. Even if they can’t attend the 2013 Comic-Con conference in San Diego, fanboys and geeks of all kinds will get an immersion of Comic-Con action direct from the Con, plus they can choose from a wide selection of category titles available now on demand on digital cable. Movie selections include both classic and new release sci-fi, horror, comic book, hero and fantasy films like Evil Dead, The Twilight Saga: Breaking Dawn – Part 2, The Hobbit: An Unexpected Journey, G.I. Joe: Retaliation, Byzantium, Stoker, Dead Before Dawn, and Trance as well as “end of the world” selections such as Hell Baby, Rapture-Palooza, The Colony, and Europa Report.

Fans everywhere will also have a window into the events because MOD camera crews will take viewers behind-the-scenes and to action on the show floor, red carpets and hot parties in San Diego next week. It’s like being there, but without the crowds.  Here’s what viewers will find:

Starting immediately and running through August 12, on demand viewers can check out free behind-the-scenes features about the making of some of the most famous comic book films, including interviews with directors, writers, costumers and special effects experts. Exciting features delve into some of the best villains in the history of comic book movies, an exclusive special highlighting the fantastic females of favorite comic book movies, such as Jennifer Lawrence in X-Men: First Class and more. Free features cover films like Red, 300, Thor and an interview with Iron Man’s Robert Downey Jr. on the challenges of the famous suit.  Plus, we’ll be adding exciting star interviews and footage from the convention itself over the next few weeks, so there will be new content even after the convention is over. Viewers can find this content in their On Demand menus under Free Content.

New Release Genre Titles:  Many sci-fi, horror, comic book and action favorite movies are currently in the MOD catalogue, such as Warm Bodies, Jack and the Giant Slayer (3D), & The Host and many, many more (see attached). Even after the costumes are stored away, MOD keeps the genre alive with new movies year-round.  Several notable movies in the category are premiering soon, including Oblivion and Olympus Has Fallen.