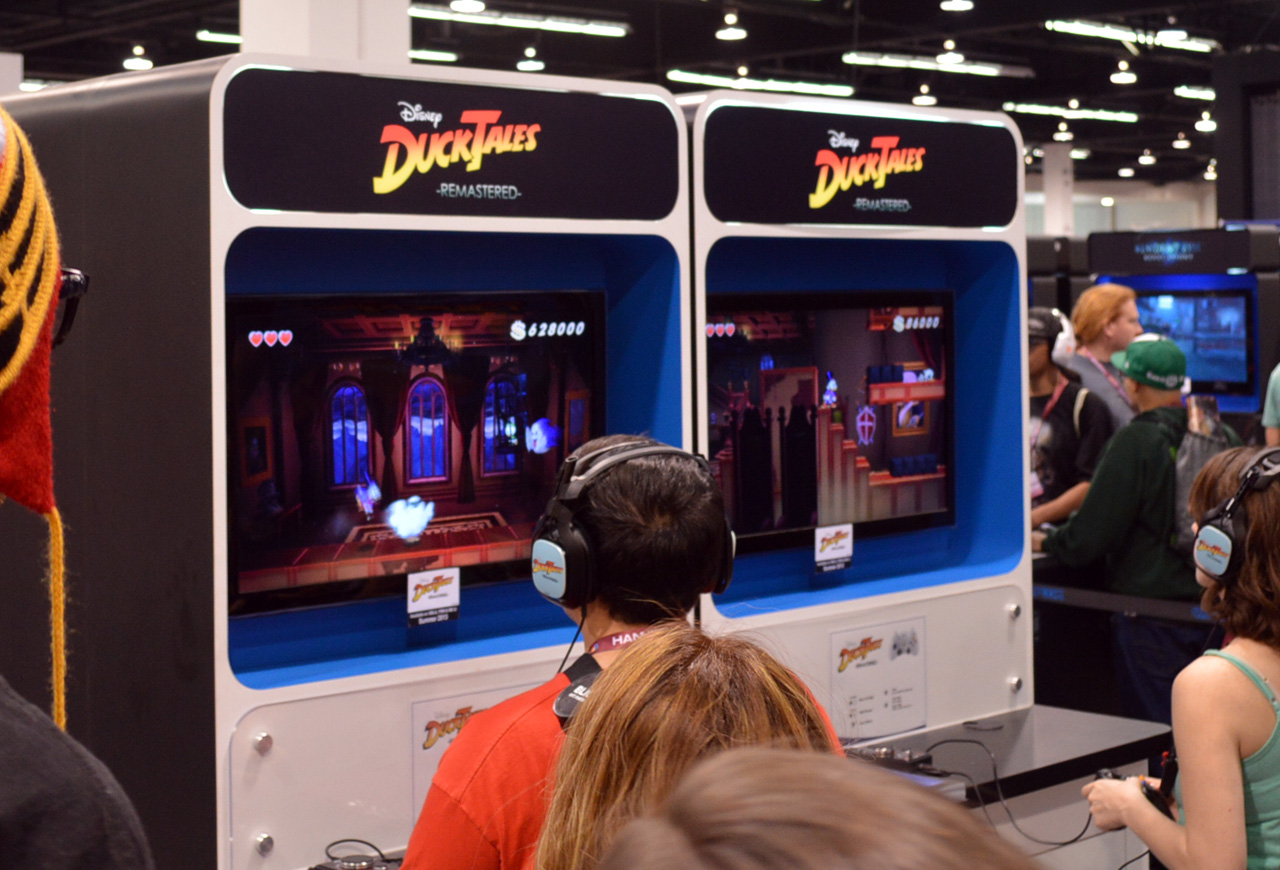 Capcom will be in attendance at San Diego Comic-Con 2013 with a line-up of activities and special surprises. Fans won’t want to miss the playable demos from the upcoming line-up of games, panels to hear the latest and greatest from Capcom, producer and artist signing sessions, and special deals at the Capcom store. Capcom will be located at booth #215 in Hall A. Below is the full rundown of activities including some new assets and information for key titles.

Phoenix Wright: Ace Attorney – Dual Destinies will be playable at the show. The focal point is Episode 3: Turnabout Academy. An incident at the Themis Legal Academy sees the young law student and friend of Athena Sykes, Juniper Woods, arrested for the murder of Constance Courte. It is down to Apollo Justice and his team to defend the accused against returning German prosecutor and guitar playing Klavier Gavin.

The quack is back as Launchpad transports you, Scrooge McDuck and his three mischievous nephews to the glorious Himalayas in the latest DuckTales build. DuckTales: Remastered  launches next month as a digital download on PSN, Steam and Wii U on August 13 with the XBLA version arriving on September 11.

The World of Capcom – Moderator Francis Mao (Capcom) leads a panel of Capcom's producers and product managers to share the latest details on all their upcoming games such as Dead Rising 3, Phoenix Wright: Ace Attorney – Dual Destinies, Lost Planet 3, DuckTales: Remastered, and a few other surprises! Plus! We'll be inviting some lucky fans to play the CAPCOM 30th Anniversary Trivia Contest to win cool Capcom prizes! This is a panel CAPCOM fans will definitely not want to miss. Thursday, July 18 at 3:30-4:30pm in Room 6BCF.

Street Fighter – An annual tradition, hear from the CAPCOM team as they deliver the state of the union about the world's greatest fighting franchise to the Street Fighter Nation. Find out the latest Street Fighter gaming news, tournaments, as well as new licensing products and more. PLUS! We are running the first-ever "Mr. & Mrs. Street Fighter" pageant and asking ALL Street Fighter cosplayers to appear in their finest Street Fighter gear! Awesome prizes, ultimate bragging rights, and a personal congratulations from Street Fighter Executive Producer,Yoshinori Ono! Friday, July 19 at 4:00-5:00pm in Room 25ABC.

DuckTales: Remastered – How do you take a beloved 24 year-old NES game and update it for today’s gamers while doing your best not to ruin anyone’s childhood?  Come join us and find out!  Go behind the scenes with Austin Ivansmith (Director/Designer), Matt Bozon (Creative Director), and Rey Jimenez (Capcom Producer) for an in-depth look at how a great video game is made - from design, to art, to music, and more. Followed by a Q&A session, plus maybe a few surprises or two. Sunday, July 21 at 10:00-11:00am in Room 25ABC.

Play the upcoming line-up of games before they come out in stores (Phoenix Wright: Ace Attorney – Dual Destinies, DuckTales: Remastered, and Lost Planet 3) or try out some of the recently released titles including a multiplayer lounge for Monster Hunter 3 Ultimate.

Capcom producers and artists will be hosting signing sessions at various times during the show.

The Capcom store will once again offer special merchandise and limited edition items.

There will also be additional special promotions, photo opps, and giveaways galore, so attendees are encouraged to visit the booth often.