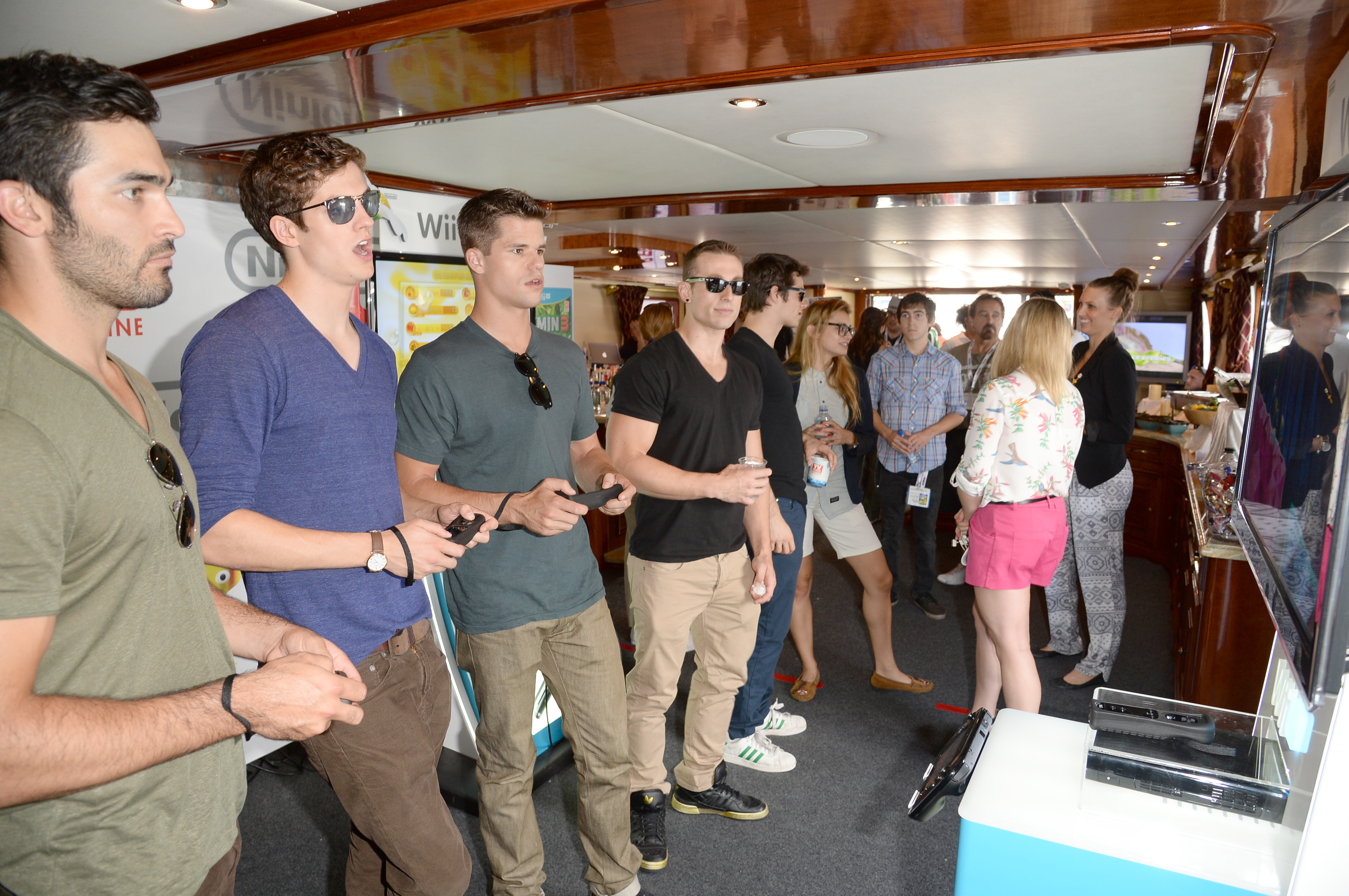 More than 200 of Hollywood’s leading television actors and actresses gathered aboard the TV Guide Magazine yacht for the Nintendo Oasis at San Diego Comic Con 2013. Nintendo showcased its latest games with a fully equipped Nintendo 3DS gaming bar and Wii U units. Yacht guests got a chance to play old favorites like Animal Crossing: New Leaf, Donkey Kong Country Returns 3D and New Super Luigi U. They were also treated to a preview of yet-to-be released Pikmin 3. The yacht was docked right next to the Ubisoft Jackdaw ship for Assassin’s Creed IV Black Flag.

Taking a break from combatting Earth invading aliens on “Falling Skies,” Noah Wyle took on a battle of a different kind, this time challenging his son Owen to see who could gather the most coins in New Super Luigi U – Owen, aka Blue Toad, finished the game with the most bling.

Star David Boreanaz also jumped into a game of New Super Luigi U. The actor shared he would be popular at home when his son heard about his visit to the Nintendo Oasis, even requesting we send him the images our photographer captured of him playing, so he could prove to his kids he was a cool dad.