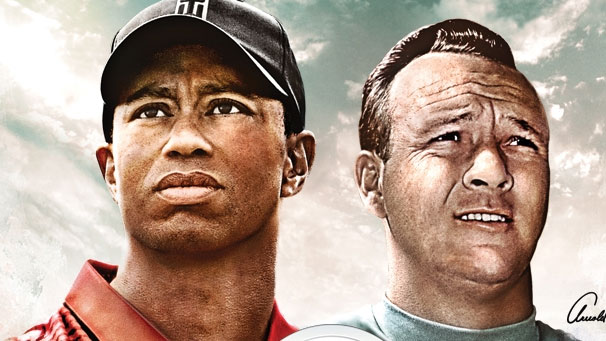 Past and present will unite when Bobby Jones and Bubba Watson are featured on the cover of Tiger Woods PGA TOUR 14: The Masters Historic Edition when it is released next year.

Jones retired from golf after his Grand Slam year at the age of 28. Soon thereafter, he partnered with Clifford Roberts to realize his dream of building his ideal golf course. By 1933, Augusta National Golf Club held its formal opening. Then, as a way to provide a service to golf by hosting a tournament, Jones and Roberts decided to hold an annual event in 1934. The name Augusta National Invitation Tournament was adopted and the title was used for five years until 1939 when the name was officially changed to the Masters Tournament.

Among its many unique offerings, The Masters Historic Edition will not only feature Jones as a playable character, but it will also allow users the ability to play Augusta National Golf Club in 1934, plus 24 additional championship courses.

Jones will share the cover with Watson, who won his first Green Jacket this past April. Watson’s high, hooking wedge from the trees right of No. 10 fairway allowed him to make par and win on the second hole of a sudden-death playoff.

Both players have cemented their legendary status in the world of golf and will join more than 25 professional golfers as playable characters including Tiger Woods and Arnold Palmer, in Tiger Woods PGA TOUR 14.

Tiger Woods and Arnold Palmer will be on the cover of the standard edition of Tiger Woods PGA TOUR 14 as announced last month.

EA SPORTS will also be revealing a unique European version of the Tiger Woods PGA TOUR 14 box art in the near future.