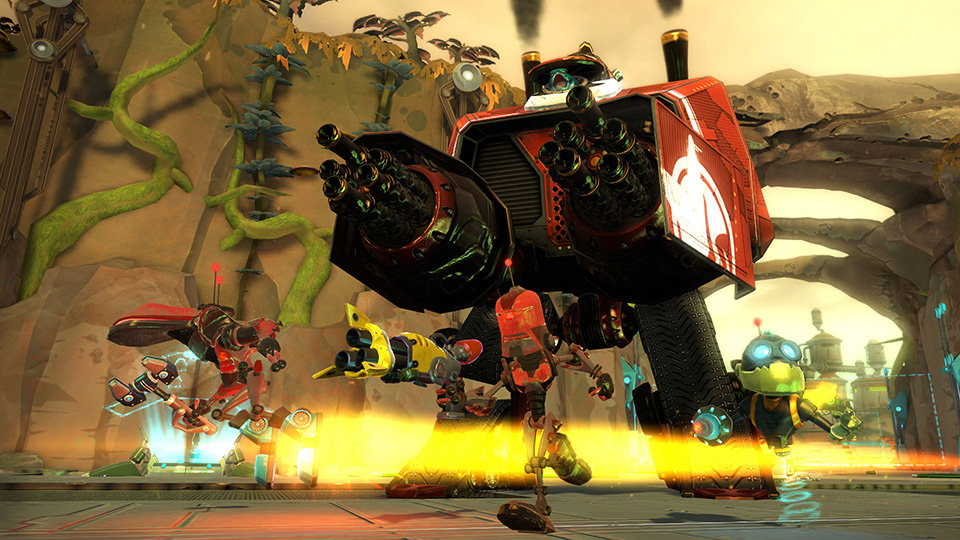 The man behind all of Ratchet & Clank’s witty and humorous dialogue is leaving Insomniac Games in order to pursue a career in screenwriting according to the latest post on his blog.

T.J. Fixman joined Insomniac Games way back in 2007 and since then has worked on virtually every Ratchet & Clank game in the series as well as other Insomniac titles such as Resistance 2 and the more recent Fuse. Fixman’s working relationship with Insomniac isn’t completely over and done with just yet though since he’s still helping to write the script for the upcoming Ratchet & Clank movie which is set to release sometime in 2015:

"As a producer and writer on the movie, I will still be helping to shepherd Ratchet & Clank into the feature world. I've also made sure the North Carolina studio has everything they need to finish Ratchet & Clank: Into the Nexus, a truly awesome game I hope you all love.”

Fixman says in the post that he isn’t giving up on games completely but that, for now, he wants to focus on other writing pursuits:

“I'm excited by movies and television. I want to get back into graphic novel writing. I want to develop different projects with new characters and stories and worlds I can explore. Right now I have the opportunity to try all of it, and when you're handed a gift like that, you have to grab onto it with both hands."

As the writer for one of the PlayStation’s most beloved game series’, Fixman will no doubt be missed. You can read the full blog post by visiting the link below and step into Fixman’s last official project for Insomniac, Ratchet & Clank: Into the Nexus, when it releases on the PS3 this holiday season.