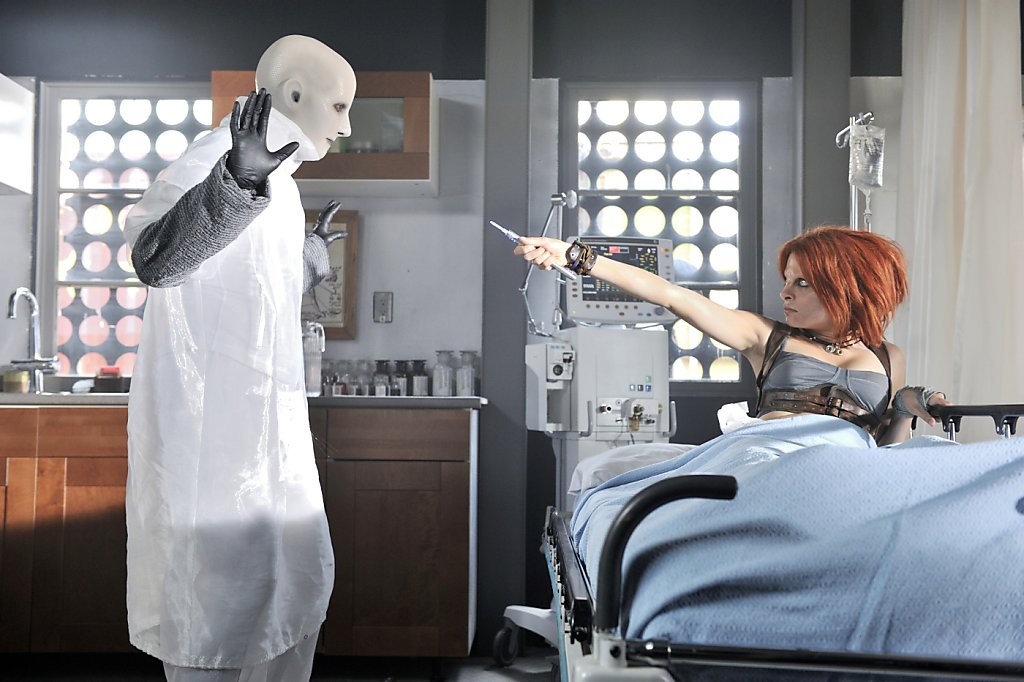 Combining epic scope with the intrigue of a small-town drama comes Defiance: Season One, the critically acclaimed action-packed tale of courage and survival. Defiance: Season One will be available to own on Blu-ray and DVD, each with Digital including Ultraviolet with collectible lenticular packaging for a limited time only on October 15, 2013 from Universal Studios Home Entertainment.

Defiance: Season One is the first-ever convergence of television and a multi-platform video game, featuring an interconnected world between the two mediums as they evolve together into one overall story. It's 2046 and over 30 years have passed since aliens arrived, changing life on Earth forever. In the frontier town of Defiance, a drifter-turned-lawkeeper, Nolan (Grant Bowler, True Blood) and Mayor Rosewater (Julie Benz, Dexter) attempt to lead the human and alien residents through the prejudices and politics that threaten the fragile peace they've fought for. Watch every riveting episode back to back and uninterrupted, with exclusive bonus content including deleted scenes and exclusive featurettes that delve inside this incredible new world.