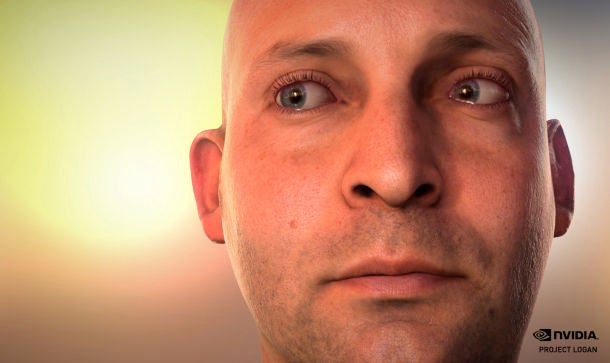 Nvidia has pulled back the curtain on their new mobile processor chip, currently codenamed as “Project Logan”, and it’s already touting some pretty impressive graphical stats.

The new mobile chip, which will be installed in mobile devices such as smartphones and tablets, will utilize the same Kepler graphics architecture that is found in Nvidia’s latest desktop and laptop GPU’s, meaning that it will be capable of generating graphics that are better than what the PS3 is capable of generating and which will rival the graphical capabilities of current PC’s.

Nvidia has also announced that they’ve partnered with Epic Games in order to showcase Unreal Engine 4 games running on Project Logan; which means it might not be too much longer before you’re playing the newest Gears of War game on your tablet. Lastly, Nvidia has promised that Project Logan will be more energy-efficient and will be able to run smoothly even at one-third of the battery wattage of current tablet GPU’s such as those found in the iPad.

More info about Project Logan can be found on Nvidia’s blog at the link below.