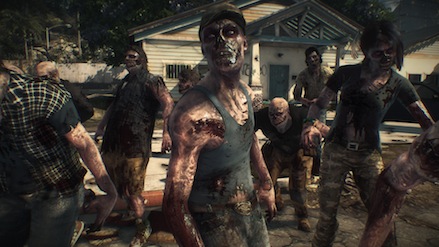 This was the case when the first two Dead Rising games came about, introducing unlikely heroes as they took on hundreds of zombies using everything from typical objects to full-on weapons to bring them down.  Along the way, these character could also change outfits, ranging from a bad-ass motorcycle jacket and pants to…a Mega Man get-up.  Yes, we like that too.

Now the third go-around is coming around our way, as Dead Rising 3 is set to lurch towards Xbox One, leading Capcom into the next generation of gaming.  This time around, you're a mechanic, Nick Ramos, working his way through the fictional city of Los Perdidos, California, dealing with the growing zombie horde that has infested his space.  He'll need every bit of cunning thinking – and killer instinct – if he wants to live another day.

Like previous games, Dead Rising 3 comes with a kill counter, allowing you to mop up hundreds of zombies at a time using whatever weapons you can get your hands on.  However, how you can get those kills opens up quite a bit.  You'll get able to load up into a car and run them over however you see fit, though you'll want to watch out for stragglers that try to drag you out of the vehicle if they get too close; you can use assault rifles and other typical weapons you get your hands on; and, our personal favorite, you can make your own weapons.