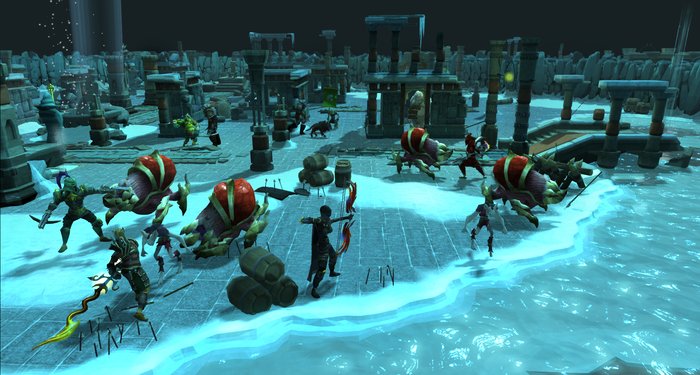 Jagex has officially launched RuneScape 3, the latest instalment of its free-to-play massively multiplayer online role-playing game (MMORPG). The game, which is available in five languages and played in 190 countries around the world, is the most ambitious online adventure experience from the developer to date.

The launch marks the beginning of the Battle of Lumbridge, the first gaming experience forged by players, who will shape the future of the RuneScape world forever. In addition to the player-driven dynamic events sculpting both the content and lore in RuneScape 3, nearly every aspect of the immensely popular game has been upgraded.

“The simultaneous launch of RuneScape 3 around the world has been made possible by the hard work and dedication of our team over the last year,” said Phil Mansell, Executive Producer of RuneScape 3. “RuneScape 3 ushers in a new age for players in terms of user-driven  content, story, gameplay and technology, and we couldn’t be more excited for them to write the next chapter in RuneScape’s epic saga.”

“The RuneScape 3 development team has worked tirelessly to delight our community with this significant upgrade,” said Mark Gerhard, CEO of Jagex. “The Jagex team and I are truly honoured to be able to be part of this formative occasion and to provide our cherished community, past and present, the RuneScape update of a decade. Married to the concept of our players determining the future of RuneScape, we believe RuneScape 3 is the most ambitious game ever launched on this cutting-edge future technology and lays the foundation for our upcoming expansion onto tablets.”