Dark Souls II Will Include Hidden Paths And Better Multiplayer 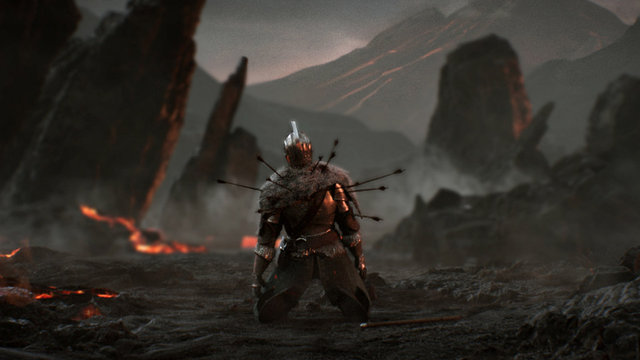 In an interview with Click Online, Dark Souls II Director Yui Tanimura has revealed some choice new additions coming to the soul-crushing sequel when it is released early next year.

One topic that was discussed was destructible environments and what sort of impact they’d have on the world. Tanimura confirmed that such environments can both help defeat some of the game’s bigger and tougher baddies as well as open up new hidden paths and areas:

“It is developed in that direction. A hidden route explored only by a precise enemy attack is one of the examples.”

In the original Dark Souls, multiplayer was rather limited in scope. Players couldn’t really interact with each other aside from either invading each other’s worlds and fighting or teaming up for specific encounters with nothing but cryptic character-gestures to serve as communication. While Tanimura couldn’t comment on the possibility of voice chat integration, he could confirm that co-op and invasions are getting an overhaul:

“The upgraded Covenants and the dedicated game server will offer deeper and more comfortable Co-Op and invasions.”

Even with a friend by your side, expect to die many times over when Dark Souls II arrives on PlayStation 3 and Xbox 360 next March.