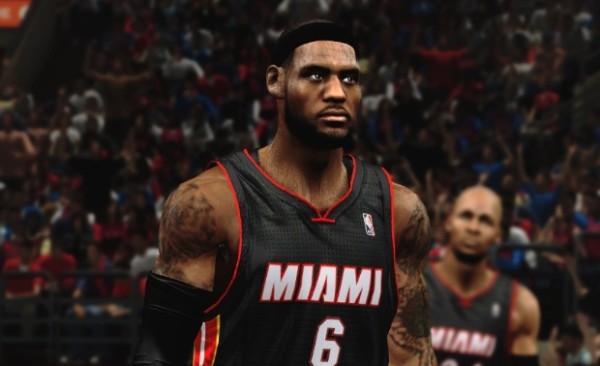 2K Sports has revealed the complete track list for NBA 2K14, the next installment of the top-selling and top-rated NBA video game simulation franchise. Personally selected by the game’s cover athlete and two-time NBA Champion, LeBron James, the soundtrack boasts an eclectic mix of hip-hop, rock, and classic pop that is sure to get players ready for tip-off.  Fans who want to listen to the soundtrack in advance of the game’s release on October 1 can stream the complete list on the NBA 2K14 Spotify page.

"2K is letting me take control of some important elements in NBA 2K14, including this year's soundtrack," said James, who successfully defended the Miami Heat's world championship in the NBA Finals, while winning his second straight NBA Finals MVP award. "I love that I'm the first NBA 2K cover athlete to choose the soundtrack."

Drake, Started From The Bottom

Jay Z, The Ruler's Back

John Legend (feat. Rick Ross), Who Do We Think We Are

Kanye West, All Of The Lights

Phil Collins, In The Air Tonight

The Black Keys, Howlin For You