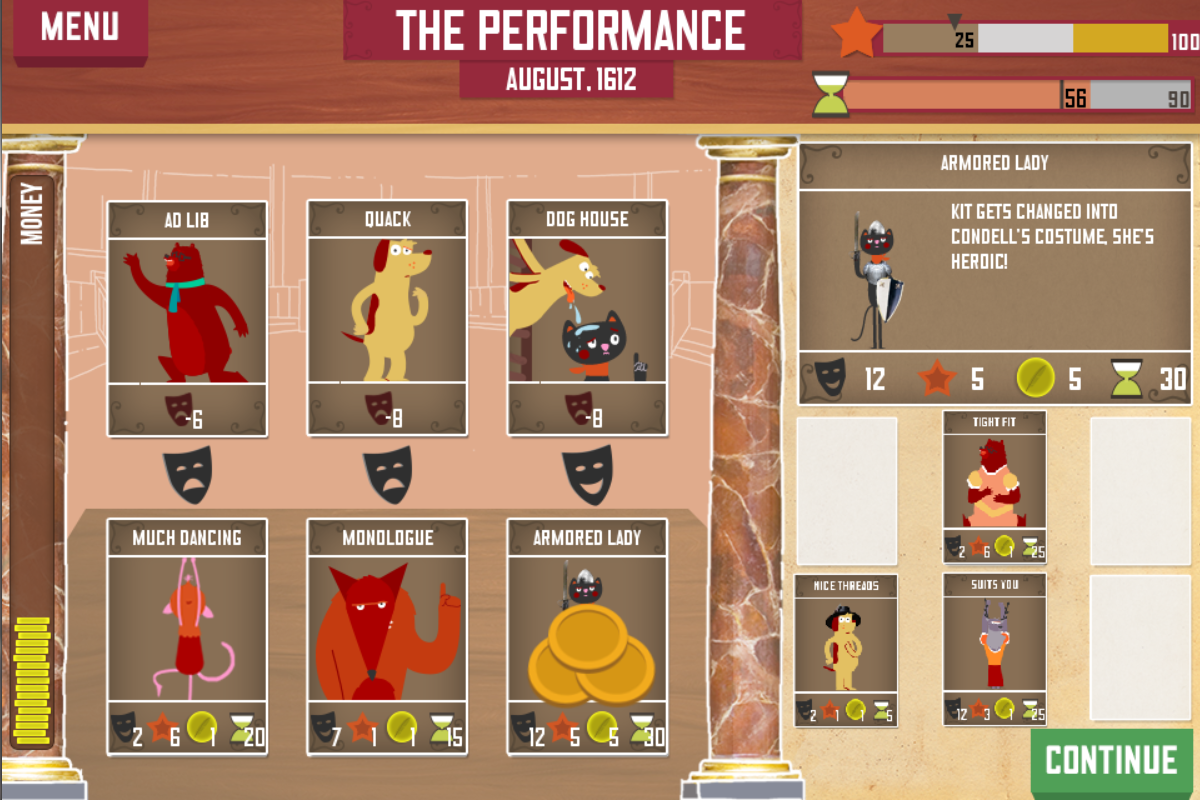 GameTheNews, the developer of topical newsgames such as Endgame:Syria and NarcoGuerra has turned its development skills into a different area -- kids games. The GameTheNews' hosting company, Auroch Digital, has developed three titles for the launch of a new digital  games site at Shakespeare’s Globe, which has commissioned a number of fun activities for children in their new online Playground area.

What people may find a little surprising is that one of the games, Hemmings Play Company, is based on the gameplay engine of their controversial release Endgame:Syria. This latter title focused on the ongoing civil war in Syria. The game was banned from the Apple Store, ultimately only finding its way onto the marketplace re-branded as Endgame:Eurasia. In Hemmings Play Company, the player is tasked with helping Hemmings, a bear in charge of a theatre troupe of other animals, with earning enough money to rebuild the theatre after it's inevitable destruction. The tanks and assassins of End Game have been replaced with the Globe's own colorful cartoon characters striving to give a good performance for their audience and deal with the daily challenges of running a theatre.

Lute Hero is a music based rhythm game where players assist Sly the fox in playing popular old English songs such as Greensleeves and the Grand Old Duke of York. And Kit's Wardrobe Challenge is a fast-paced arcade game where the player attempts to rapidly clean and repair the various costumes used during a period performance. This game is an adaptation of GameTheNews' other popular comment on the horse-meat scandal, Cow Crusher.

“These bold adaptations of our existing titles show how the dynamics of a game should not be confused with its subject matter,” said Tomas Rawlings of GameTheNews. “If the core functionally is robust and game play intuitive, they can become the canvass for a variety of great projects. That is just what we were able to show while working on the Globe Playground.”

GameTheNews.net is a project by digital development and consultancy studio Auroch Digital, based at Bristol Games Hub, UK. The project is exploring how games can be developed from news stories. They have produced a number of games on a variety of topics from the US elections to the horse-meat scandal.