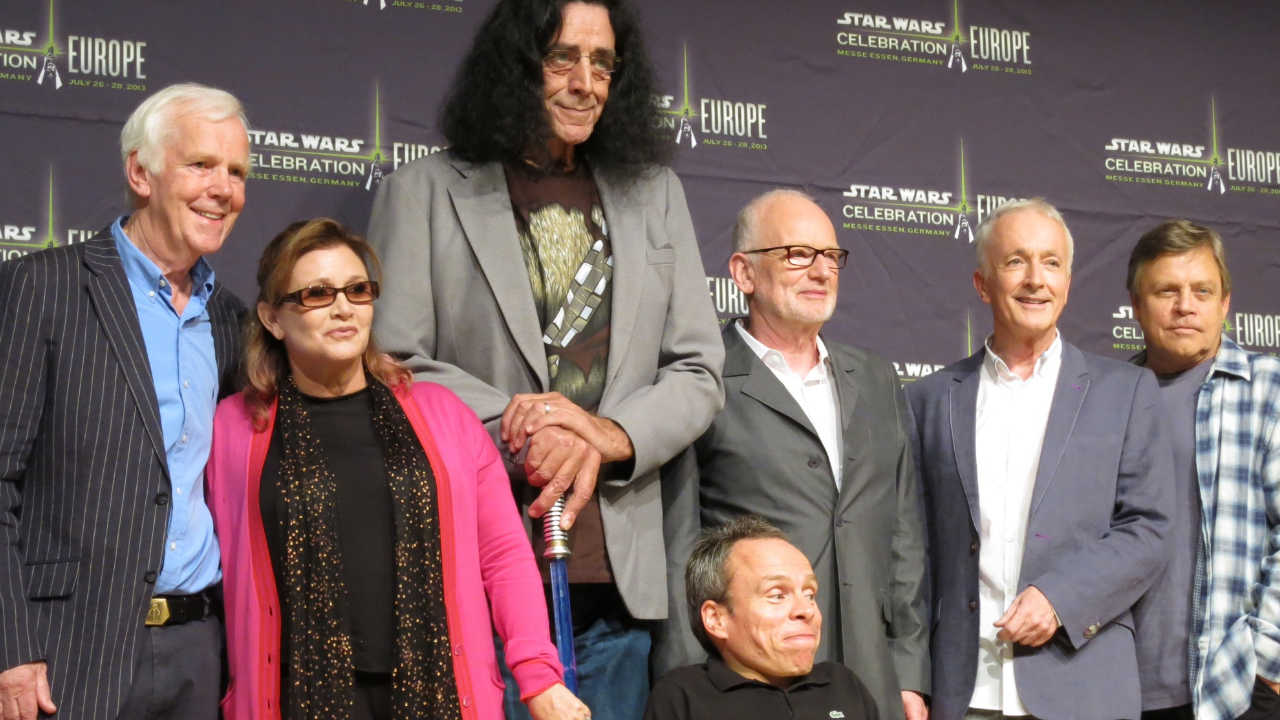 Star Wars Celebration Europe, the official Star Wars fan convention, attracted more than 20,000 attendees from 40 different countries.  Throughout the weekend, fans and families met their favorite stars from the films, gained exclusive access to the Saga’s creators, and learned first-hand exciting new developments in a galaxy far, far away.

In a Main Stage event hosted by Warwick Davis, Lucasfilm President Kathleen Kennedy announced that legendary composer John Williams will return to score the highly-anticipated Star Wars: Episode VII, to be directed by J.J. Abrams. And one of the Executive Producers from Star Wars Rebels, Dave Filoni, was on hand to guide fans through the genesis of the upcoming animated series, revealing designs heavily influenced by original Star Wars concept artist Ralph McQuarrie.

While unable to attend in person, Executive Producers Simon Kinberg and Greg Weisman shared their excitement for the series in a video message recorded exclusively for Celebration attendees.  Star Wars: Episode VII is slated for a 2015 release and Star Wars Rebels will begin airing on Disney XD starting in fall of 2014.

“This has been a remarkable event,” said Kennedy.  “Star Wars fans are amazing the world over – a community that speaks in all languages, but with one voice.  They are an integral part of why Star Wars continues to remain so relevant after all these years, from generation to generation. The passion of our fans is a constant consideration in all of our ongoing creative conversations.  It’s for the fans that we’re telling these new stories, and because of them that we’re able to do so.”