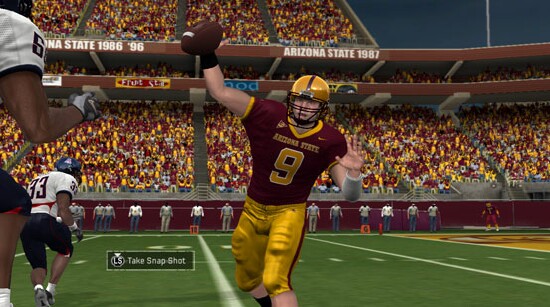 A U.S. court of appeals handed down a ruling in the high-profile case against  Electronic Arts and the National Collegiate Athletic Association (NCAA)  over the use of student-athletes’ likenesses in video games, gutting Electronic Arts’ claim that the practice is protected by the First Amendment. The ruling, handed down by the Ninth Circuit Court of Appeals, remands the case back to the trial court to proceed against all defendants, including the NCAA.

The case, originally filed on May 5, 2009, in U.S. District Court in Northern California, was brought by Sam Keller, a former starting quarterback for Arizona State University and University of Nebraska. Keller and his attorneys at Hagens Berman Sobol Shapiro LLP claim that EA’s NCAA games use the athletes’ likenesses, accurately depicting the height, age, weight and other information, without permission.

EA had claimed the First Amendment protected its right to publish the games. After losing in US District Court, EA appealed to the Ninth Circuit.

In a 2-1 decision, the appellate court rejected EA’s first amendment defense. According to the majority opinion, “EA’s use of the likenesses of college athletes like Samuel Keller in its video games is not, as a matter of law, protected by the First Amendment.”