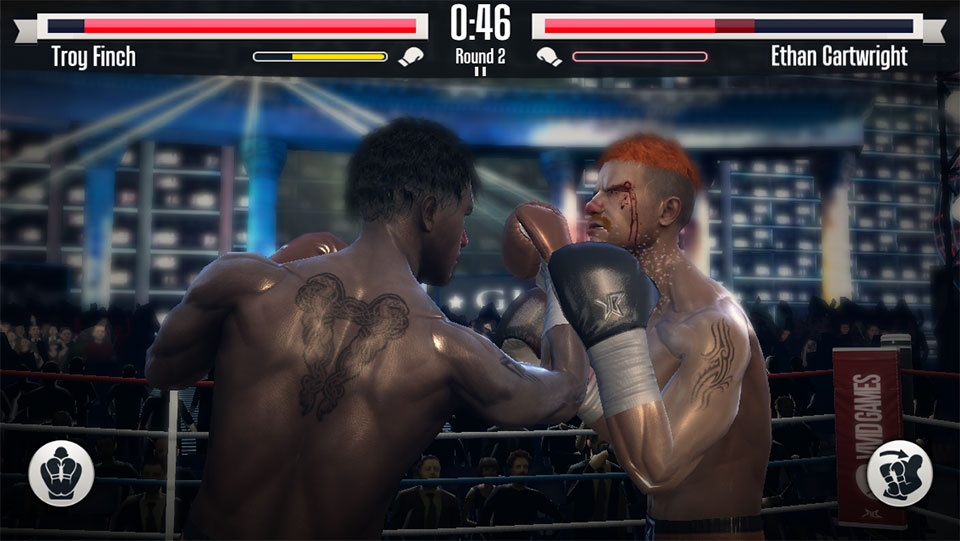 Vivid Games is bringing Real Boxing, the first console-style boxing simulation, to the Sony PlayStation Vita handheld entertainment system on August 27, 2013 via PlayStation Network. The game’s multiplayer features will include regular tournaments as well as multiplayer bouts via online and ad-hoc play. Real Boxing is rated T for Teen by the ESRB and priced at $9.99.

In Real Boxing, players will journey from amateur to pro in a comprehensive boxing simulation. As shown in the first reveal of gameplay footage, the Unreal Engine 3-powered game provides a realistic experience in terms of both stunning graphics and accurate simulation gameplay. Boxers are designed from the laces up to look and move realistically with extensive motion capture of every punch, jab, and uppercut in high definition—and boxers can be upgraded and customized down to individual tattoos, hair, and clothing.

Intuitive controls fully utilize the Vita’s physical, analogue and touch capabilities to offer a highly customisable and natural fighting gameplay for matches in single, career, and training modes – with the handheld’s Near feature being used for all manner of goodies and surprises.

Real Boxing’s rich suite of features has been exclusively enhanced for PlayStation Vita. The game now includes new console-style multiplayer with tournaments based on leaderboard rankings and one-on-one battles with friends and random opponents. A new minigame lets players fight out of clinches using tilt controls. An improved combo system adds depth to the fighting mechanics.

“We're thrilled to be working with Vivid Games to bring an excellent boxing game to the PS Vita,” said Shahid Ahmad, Senior Business Development Manager, Sony Computer Entertainment Europe (SCEE). “Real Boxing is a visceral delight that really shows off the power of the PS Vita.”

During fights, real-time deformation technology shows the effect of brutal punches in gory detail with crunching bones and spraying blood. Every opponent fights with a unique style and dynamic crowds and broadcast-style commentary immerse players in the atmosphere of a big fight, including slow motion replays.