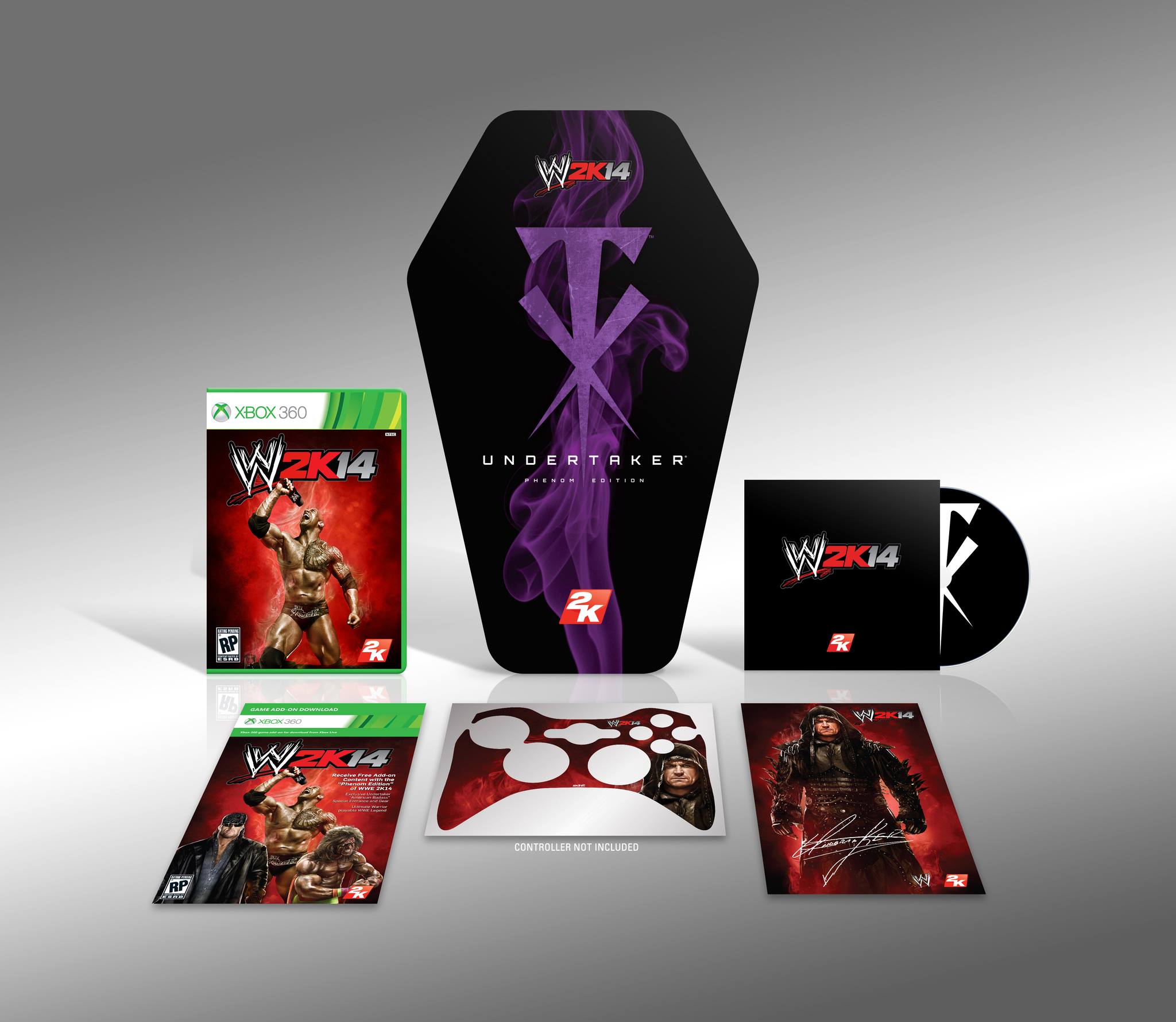 Pictured above, the WWE 2K14 Phenom Edition will set you back around $100. The set includes the following:

It can also be said that this confirms The Undertaker will be part of the roster for WWE 2K14. Those who pre-order the set will also get the Ultimate Warrior. WWE 2K14 releases on October 29 in the US and November 1 in the UK. Be sure to pre-order yours now and stay locked to GamerHub TV for more news on WWE 2K14.