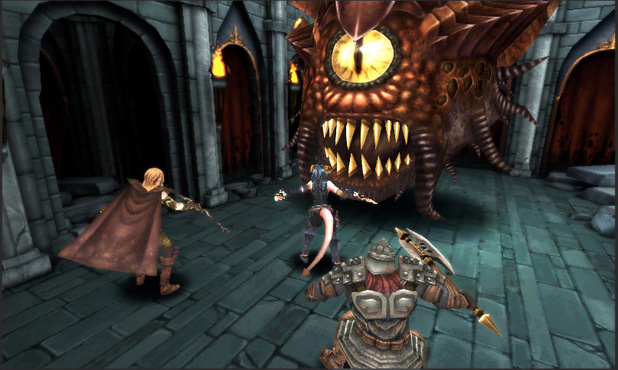 The most popular setting in the Dungeons & Dragons universe, The Forgotten Realms, is about to be completely reshaped by an epic event from Wizards of the Coast. The Sundering is an extensive story spanning multiple expressions of the contemporary fantasy entertainment franchise that offers fans the opportunity to impact the fate of the world along the way.

Key milestones in the year-long Sundering storyline will take place in iconic locations like Baldur’s Gate, Neverwinter and Icewind Dale, to name a few.  The changes to the Forgotten Realms can be experienced through a series of novels, in-store play experiences, digital offerings, comics, accessories and tabletop RPG adventures. Through these expressions, Dungeons & Dragons (D&D) fans will be able to engage and impact the fate of the Forgotten Realms forever.

The Sundering kicks off today with the release of The Companions, The Sundering, Book I by New York Timesbestselling author R.A. Salvatore.  His novel depicts the events of the Sundering as seen through the eyes of the world’s most well-known drow ranger, Drizzt Do’ Urden.  Salvatore’s novel is part of collaboration with other New York Times bestselling authors who will each show the changes to the Realms from their heroes’ points of view.

“We are elated to begin this extremely exciting chapter in the history of D&D,” said Nathan Stewart, Dungeons & Dragons Brand Director at Wizards of the Coast. “Utilizing great digital entertainment, dramatic story-telling techniques and thrilling and immersive events, The Sundering ushers in a new era for the future of the franchise.  We invite and encourage the legions of D&D adventurers to join us on this heroic adventure to change the canon of the Realms.”

Wizards Of The Coast Reveals All New Digital Magic: The Gathering Arena Game

Check out who will be in Philly!