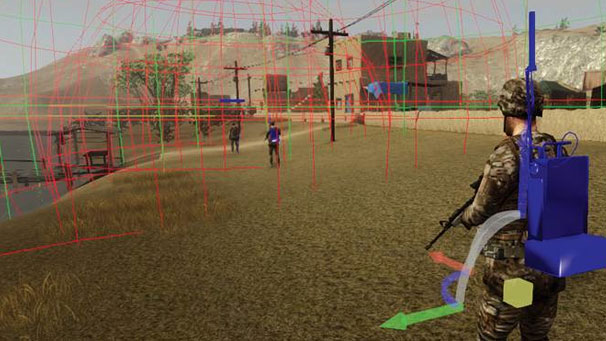 IPKeys announced today that, after a comprehensive evaluation, they have teamed up with Applied Research Associates (ARA) and Epic Games, Inc. They will license Epic Games’ Unreal Engine 3 (UE3) from ARA to produce state-of-the-art 3D training simulations.

IPKeys Technologies’ supported flagship title, I-GAME (IED Gaming and Modeling Environment), is now being developed using the Unreal Engine, with the intent to train Warfighter tactics, techniques and procedures in regards to Counter-IEDs. The platform has been built to not only support the C-IED community, but also provide a plug-in approach. This serves the mission planner with sophisticated AI and a multitude of game assets, which will provide a fully immersive virtual environment for the Warfighter.

“With Unreal Engine 3, IPKeys can now create the most realistic maps, locales, conditions, materials and virtual soldiers to match exactly what the Warfighter sees, uses and knows,” said Kirk Hymes, the Director for Modeling and Simulation Applications and U.S. Marine Corps Programs at IPKeys.

Mark Pappas, President of IPKeys added, “We are extremely proud to offer the battle planner and Warfighter tactical, strategically-based, premier tools from the best sources – government and commercial alike. Specifically, deployed Warfighters who need reliable and trusted data can now use a lightweight platform to keep them out of harm’s way and allow for them to reach their objectives with the situational awareness they deserve.”