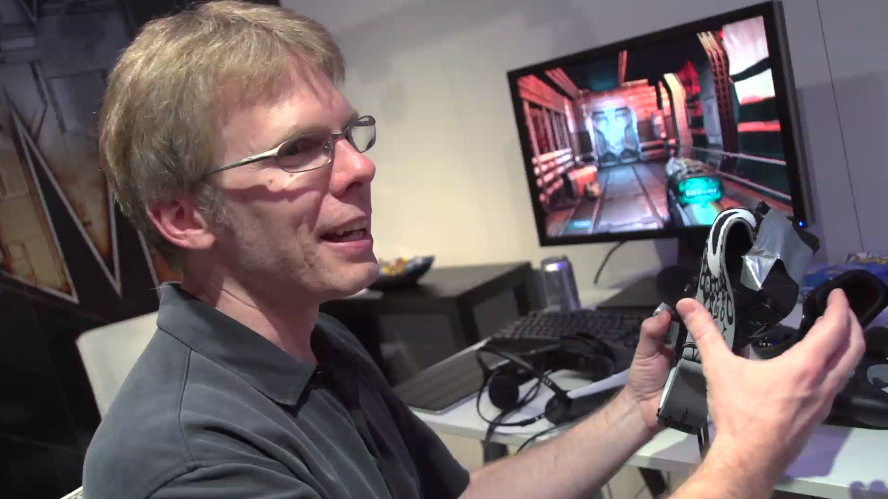 Oculus VR, developer of the highly anticipated Oculus Rift, now has legendary programmer John Carmack as Chief Technology Officer (CTO). He will lead development from their new office in Dallas, TX. An industry visionary and renowned technical genius, Carmack will lend his unique engineering expertise to the development of the Oculus VR platform.

“The dream of VR has been simmering in the background for decades, but now, the people and technologies are finally aligning to allow it to reach the potential we imagined,” said John Carmack, CTO of Oculus and co-founder of id Software. “I’m extremely excited to make a mark in what I truly believe will be a transformative technology.”

“To build the best virtual reality experience, we’re putting together a team of the brightest minds, and John Carmack is at the top of the list. It’s a true honor,” said Brendan Iribe, cofounder and CEO, Oculus. “A pioneer of 2D, 3D, and now VR, John continues to define the future of computer graphics and gaming. We share John’s commitment to providing the world with open platforms that inspire innovation and creation.”

An advocate of open source software, Carmack is a world-renowned luminary who has altered the landscape of multiple industries. From programming several of the most groundbreaking video games, to trail-blazing 3D engine licensing, Carmack’s work has been leveraged in industry-defining franchises such as Wolfenstein, Doom, Quake, HalfLife, Call of Duty and Medal of Honor. He has pioneered adoption of many of the techniques used in real-time computer graphics today, including light mapping, megatexturing, raycasting, and binary space

partitioning. Carmack was inducted into the Academy of Interactive Arts and Sciences' Hall of Fame in 2001, awarded two Emmy® awards for his work in graphics technology in 2006 and 2007, and received a Lifetime Achievement Award from the GDC in 2010.

“I am thrilled to work with John on building the Metaverse.” said Palmer Luckey, founder, Oculus. “John’s early experiments with the Rift put Oculus on the map and helped create an amazing amount of momentum around virtual reality. His technical genius and passion for solving hard problems makes him the ideal CTO.”

The Oculus Rift is a virtual reality headset that allows users to step into the game. It provides an immersive, stereoscopic 3D experience with a huge field of view—110 degrees diagonally—and overcomes latency challenges. Development kits for the Oculus Rift, which game developers can use to create Oculus-ready applications and interactive content, began shipping in March 2013. No date has been announced yet for the consumer version.