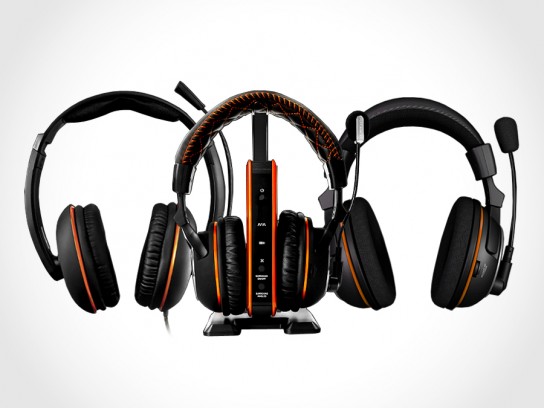 Turtle Beach is an audio technology innovator and has created the market for advanced gaming headsets. Their advanced products allow video game players to experience high-quality, immersive sound and communicate with others while playing video games. The company has gained a dominant position in gaming headsets through a combination of audio technology innovation, quality, marketing savvy and effective retail distribution. Turtle Beach has strong market share in established gaming markets, including a 53% dollar share of the U.S. gaming headset market as of year-end 2012 according to The NPD Group, and a growing market share in the broader consumer audio market. As a result, the company has built a profitable business with approximately $205 million in revenues in 2012. Turtle Beach is majority owned by the Stripes Group, an entrepreneurial growth equity fund based in New York City.

The combined company will be able to leverage Turtle Beach's global distribution network and experience to bring new products to market. Turtle Beach headsets are sold at more than 27,000 storefronts across 40 countries, including major retailers such as Best Buy, Carrefour, GameStop, HMV, Sainsbury, Target, Tesco and Walmart.

Wear them while you play Xbox One and PS4!