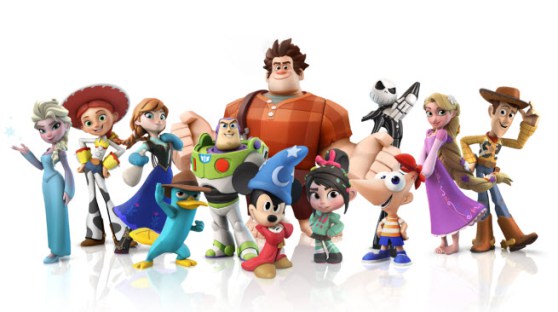 At the D23 Expo, Disney Interactive unveiled the latest additions to its all-star line-up of Disney Infinity, the company’s largest and most ambitious gaming initiative to date, set to hit stores on August 18.

The newly announced Toy Story in Space Play Set, featuring Buzz, Jessie and Woody, will become the sixth play set for Disney Infinity and is scheduled to be released in October. The company also announced the next wave of playable characters for the Disney Infinity Toy Box mode, including Sorcerer’s Apprentice Mickey, the first Disney Princess to be introduced into the Disney Infinity line-up (Rapunzel from Tangled) and characters from Wreck-It Ralph, Frozen, The Nightmare Before Christmas and Phineas and Ferb. These new character figures will be rolled out beginning this October, through 2014.