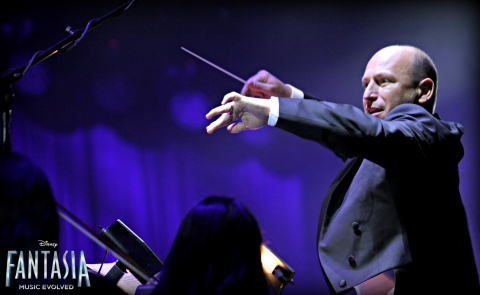 “Working with a versatile composer like Inon Zur was critical to developing the innovative type of gameplay we are introducing with Disney Fantasia: Music Evolved,” said Eran Egozy, co-founder and chief technical officer of Harmonix Music Systems. “Zur’s innate understanding of music’s role in gaming allowed us to create original arrangements that will let players experience music like never before.”

Zur composed, conducted and produced many of the original orchestral themes for the game and collaborated closely with Disney Interactive and Harmonix to produce innovative new recordings of classical symphonies by the great composers including Mussorgsky and Vivaldi. He also produced and arranged the orchestral version of Queen’s iconic rock opera Bohemian Rhapsody for the game. Zur recently recorded these classical songs for Disney Fantasia: Music Evolved with the London Symphony Orchestra and The Academy of St. Martin in the Fields at Abbey Road.