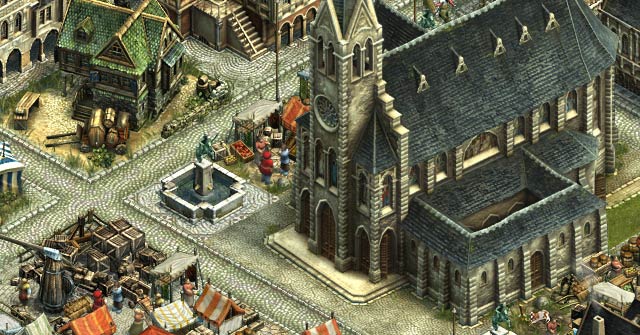 Ubisoft and Blue Byte are celebrating the 15th anniversary of ANNO, the award-winning and long-running PC strategy game series.  To celebrate the occasion, fans will be treated to a special ANNOversary in-game event -- featuring new quests, rewards, and currencies -- to be held within the latest installment in the franchise, Anno Online.

Developed by Ubisoft Blue Byte, Anno Online is a free-to-play, browser-based world-building strategy game that challenges players to build and manage a medieval kingdom and trading empire.   Anno Online is currently in Open Beta and is available to anyone that signs up or logs in with their existing Uplay account via the game’s official web site www.anno-online.com.

The very first ANNO game – ANNO 1602 – was released in 1998 and was followed by five additional main games as well as multiple adaptions, expansion packs and ports.  The series has taken fans of the world-building strategy genre through adventures in several eras of history as well as on voyages the sci-fi future. The latest iteration of the franchise is the highly popular browser game ANNO Online. The ANNO series has sold more than 5 million copies to-date worldwide with the last PC retail iteration, ANNO 2070, surpassing 1 million units sold in sales, two-thirds of which have come from non-German-speaking territories.

Series veterans will be pleased to see that Blue Byte has implemented objects from all previous ANNO games into the ANNO Online event. During the event, residents of the kingdom are traveling to settle new islands and need to stop by the player’s island for provisions. Players will be charged with helping these residents repair their ships by completing new quests.