League Of Legends Partners With American Express On Credit Card 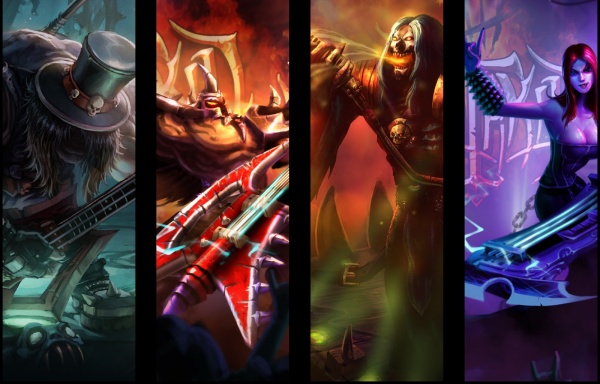 American Express has partnered with Riot Games to bring in-game rewards to League of Legends players through everyday spending with the American Express Serve Prepaid Account. The card connects to the League of Legends experience by integrating a reward-based system called RP+. The RP+ program gives gamers Riot Points (RP), the virtual currency used to purchase in-game items like extra customization or boosts, not only for signing up, but for every qualifying purchase made with the Card.

League of Legends, which now has more than 32 million active monthly players worldwide who log more than one billion hours of gameplay a month, also boasts some of the world’s most passionate and dedicated players. Gamers who sign up for RP+ from American Express Serve have the option to receive a customized League of Legends Card with their choice of  four popular Champions and original art from the game itself, giving players the opportunity to take a piece of the game they love with them everywhere they go.

The American Express Serve Prepaid Account allows card members to transfer money seamlessly between their fellow players who also have a Serve Account, free of charge. Players can also benefit from the money management features of the account, such as direct deposit, bill pay and free cash withdrawals at MoneyPass ATMs. To sign up there are no credit checks, no hidden fees, and no minimum balance requirements to maintain.

“Riot Games is passionate about serving their players and giving them avenues for enhancing their gaming experience” said Stefan Happ, SVP, US Payment Options for American Express. “Together we’ve been able to create a great co-branded product with a unique rewards program that will help League of Legends players earn Riot Points whenever they use their Card to make qualifying purchases.”