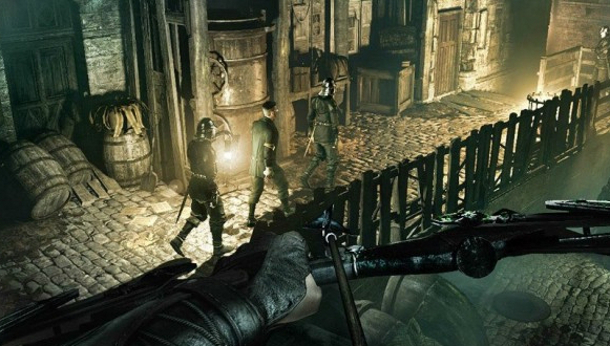 Square Enix and Eidos-Montreal will unsheathe Thief on February 25 for PC, Xbox 360, Xbox One, PlayStation 3 and PlayStation 4. The reboot of the original stealth first-person adventure game will take advantage of next generation technology. The game is on display at Gamescom 2013 in Cologne, Germany this week.

Garrett the Master Thief is entangled in the growing layers of conflict between Baron Northcrest and the oppressed masses led by Orion, the voice of the people. In a City on the brink of revolution, Garrett’s skills are all he can trust as he walks the fine line between politics and the people.