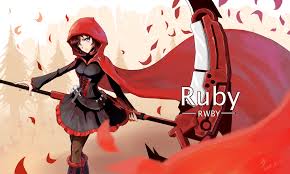 Rooster Teeth has teamed up with Crunchyroll, a leading global destination and platform for Japanese anime and Asian content, to simulcast episodes of Rooster Teeth's hit anime series RWBY.  Beginning Thursday, August 22, as each new episode of RWBY is released, it will be simulcast on both the Rooster Teeth website as well as the Crunchyroll website.

Created and directed by Monty Oum, RWBY is the story of four very different girls brought together for one legendary purpose.  Ruby, Weiss, Blake, and Yang are new students at Beacon Academy, a school designed to train warriors and monster-hunters.  Unfortunately, monsters aren't the only threat to the citizens of Vale and before the year is over, the students of Beacon may find that homework is the least of their problems.

New episodes of RWBY can be viewed each Thursday on the Rooster Teeth website at  http://roosterteeth.com/ and on the Crunchyroll website at http://www.crunchyroll.com/rwby

Netmarble And Rooster Teeth Teaming Up

Take it to Mobile!

Checking out what Rooster Teeth Games has to offer.