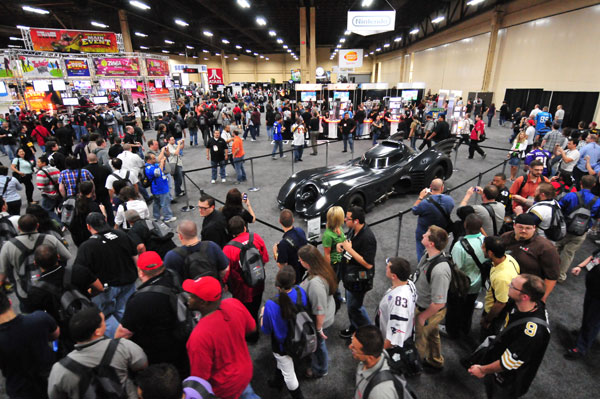 For the second year in a row, video game retailer GameStop is offering the public and PowerUp Rewards members the chance to experience a mini-E3 at the GameStop Expo. But this time it’s in Sin City. Attendees are in for an unforgettable experience that features celebrities and video gaming luminaries, getting autographs and playing games months before release at the ultimate event for gaming fans. GameStop Expo takes place at the Sands Convention Center in Las Vegas, Nevada on Wednesday, August 28.

GameStop Expo attendees will have the chance to meet the following special guests during the event:

Indiana Pacers basketball player Paul George will be signing autographs in the 2K booth from 1:30-2:30 p.m.

Named one of the best video game concept artists on the planet, Jesse van Dijk, known for his work on Destiny, will be signing autographs at the Activision booth

One of the industry’s brightest stars: Nolan North. Well known for his voice work as Nathan Drake from the Uncharted series, Desmond Miles from Assassin’s Creed, the Penguin in Batman: Arkham City and many more memorable characters, North will be available for autographs at the Turtle Beach booth from 10:00-11:00 a.m. and 2:00-3:00 p.m.

Join the US forces and give the rest of the world the finger!