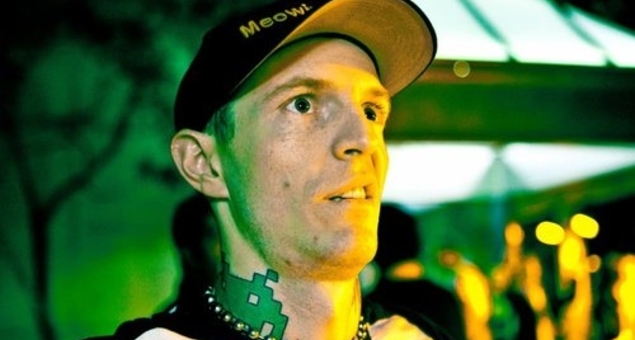 DHX Media, the agent representing Space Invaders in North America, and Live Nation Merchandise (LNM), the exclusive merchandising and licensing agent representing electronic artist deadmau5 (Joel Zimmerman), have partnered to turn Square Enix/Taito’s Space Invaders into a lifestyle brand. Deadmau5 will launch a myriad of products in the high-end and specialty markets this winter. LNM will primarily represent the licensing and merchandising rights to the new hybrid brand across North America, with support from DHX Media, the entertainment company that initiated the collaboration.

deadmau5, a Space Invaders fan so much that he has a green Space Invader tattooed on his neck, is one of the biggest names in electronic music and a major catalyst in the genres evolution from an esoteric subculture to the inexorable part of mainstream music today. The Space Invaders brand is similarly pervasive in popular culture, with the characters debuting in an arcade game in the late 70s and being referenced continually in the pop culture which cultivated artists like deadmau5. Fusing the first sci-fi-esque symbols of the computer-lead revolution that deadmau5 now represents 40 years later; the co-brand is a perfect synthesis for the digital age.

“deadmau5 is the most popular electronic music artist and Space Invaders are the most recognized video game characters. Bringing them together is more than a collaboration, it is a revolution in popular culture,” said Janet Dwoskin, Vice President of Licensing for Live Nation Merchandise.  “This is going to be a very exciting and unique program.”

“We are overwhelmed to be collaborating with deadmau5, a truly unique and pioneering artist and a huge fan of our beloved Space Invaders,” says Janet Swallow, Vice President of Licensing, Square Enix.  “Our partners at DHX Media and Live Nation have brought together two iconic lifestyle brands and we look forward to all of the opportunities this collaboration will present."

“We are delighted to be involved in this innovative project which underlines the potential for the fusion and reinvention of classic brands into an ultra-modern sphere in new and unique ways,” said Stephanie Gonzalez, Director of Licensing at DHX Media adds. “The collaboration between deadmau5 and Space Invaders is another example of the way DHX Media aligns strategic and innovative licensing partnerships. The natural synergy between deadmau5 and Space Invaders will be a powerful combination that will bring together the diehard fans of a perennial favorite with the trailblazer of the EDM explosion.”

Deadmau5 is one of the world’s most respected electronic music producers of modern times. Enjoying international chart success with his singles Professional Griefers, Sofi Needs A Ladder, Ghosts ‘n’ Stuff and I Remember, he has also released four critically acclaimed albums: > album title goes here <,4×4=12, For Lack Of A Better Name and Random Album Title. The multiple JUNO Award-winning and Grammy-nominated artist performed at the 54th Annual GRAMMY Awards as part of its first ever telecast performance highlighting electronic music. His ability to push the boundaries of his talent grows at an equal rate to his fan base, which counts over 7.6 million Facebook friends and 2.3 million Twitter followers.

A major touring act, he has headlined Lollapalooza, Outside Lands, Sonar, Virgin Mobile FreeFest, Coachella and Creamfields, and sold out Rogers Centre in Toronto and PETCO Park in San Diego, as well as multiple consecutive nights at legendary venues like the Roseland Ballroom in NYC and the Palladium in Los Angeles.  2013 included headlining slots at Ultra Music Festival – Miami, Lollapalooza Chile, Lollapalooza Brazil and The Veld festival.  Plus plans for a major world tour are in now the works. He has appeared on the cover of Rolling Stone (summer double issue, 2012), marking him as the first electronic artist to do so as well as VIBE magazine this year.