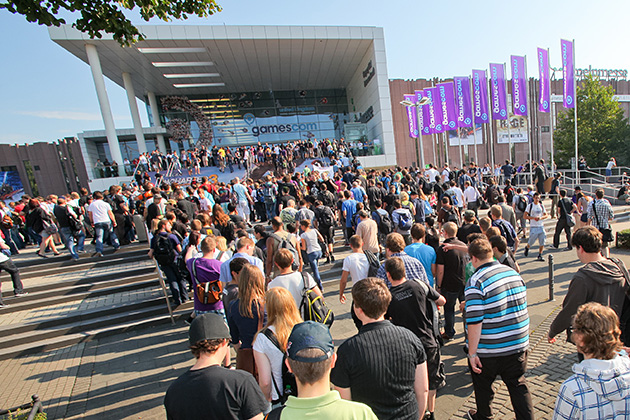 After five exhibition days, the world's largest event for video games and entertainment, the Gamescom in Cologne, Germany, drew to a close on Sunday. For the first time in the history of European trade fairs for digital gaming, two companies - Microsoft and Sony - presented new game consoles that the consumers were able to try out for the first time worldwide. Over 340,000 visitors from 88 nations, including more than 29,600 trade visitors, transformed the exhibition grounds of the Koelnmesse into a unique trade fair and business event following the motto next generation of gaming.

The attendance figures rose by 23 percent compared to 2012. More than 635 exhibitors from 40 countries presented over 400 world, European and German premieres to the visitors and most important distributors from all over the globe on exhibition space covering 1.4 million square feet, which was sold-out for the first time in the history of the show. The interest in the Gamescom was so high that all of the day tickets for private visitors were already sold-out in advance. Approximately 6,000 media representatives (+15%) from 61 countries brought five day's of live coverage from the world's largest interactive playground.

Gerald Böse, President and Chief Executive Officer of the Koelnmesse GmbH, said: "This was games entertainment and business in a new dimension. The Gamescom 2013 in Cologne has clearly underlined its position as the largest games trade fair. As organizers of the fair, we are delighted about this success and would like to thank the affiliated sponsor of the Gamescom, the Federal Association of Interactive Entertainment Software (BIU) as well as the national and international exhibitors and partners."

"The Gamescom 2013 was a complete success for the consumers, manufacturers and for the market. The more than 340,000 visitors impressively underline the constantly growing relevance of digital games. The new generation of games and consoles presented at the trade fair will give the market a clear boost," said Dr. Maximilian Schenk, Managing Director of the Federal Association of Interactive Entertainment Software (BIU). "Furthermore, the impressive increase in the attendance figures proves that the gamescom is the most relevant consumer and trade visitor fair for computer and video games worldwide. We would like to extend our special thanks to the fans, the visitors, exhibitors, partners, to the City of Cologne, the State of North Rhine-Westphalia, to our partner country France and particularly to the Koelnmesse, who have turned the gamescom into such an impressive and fantastic trade fair experience and success.”

Katharina C. Hamma, Chief Operating Officer of the Koelnmesse GmbH, added: "We have succeeded in further improving the sojourn quality for our visitors, even though with a total attendance figure of 340,000, there were 23% more visitors at the grounds this year than in 2012. This is both a huge challenge and a great success for our entire team. Rated according to the average number of visitors per day and exhibition space occupied, the gamescom clearly heads the rankings of the German major fairs."

The partner country France (Hall 4.2.) topped the ranks of the international exhibitors this year. With the GDC Europe Developer's Conference and the gamescom city-festival (additional 120,000 visitors), the fifth gamescom once again offered all target groups a tailor-made platform for computer and video games. The gamescom congress, gamescom campus and the cosplay village as well as many further outdoor activities rounded off the fifth edition of the gamescom in Cologne.