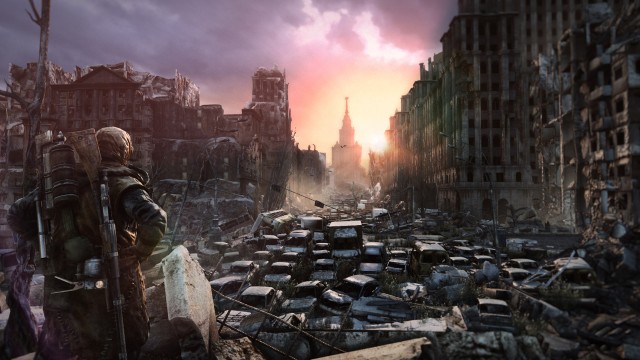 Deep Silver and 4A games will be releasing their second load of DLC, the daunting ‘Tower Pack’, for Metro Last Light in the beginning of September. The Tower pack will be a new challenging level for the lovers of the metro! In the Tower Pack, metro dwellers will have to battle their way through the long stories of a heavily guarded tower. Every level inside of the tower will progressively get harder, and give the player a more intense and challenging experience inside. The Tower Pack will cost $4.99 / £3.99 / €4.99, and is the second of four add-on content packs to be included in the Metro: Last Light Season Pass, which at $14.99 / £11.99 / €14.99 offers a discount over buying the packs separately, and also includes an additional exclusive weapon, the Abzats.

Other DLC to look out for from Deep Silver are the ‘Developer Pack’ That will contain a “Fully stocked” shooting gallery, the AI Arena and Metro Museum… Along with a bonus solo mission called ‘The Spiders’ Nest’ which gives new tools to take out skittering spider mutants! Lastly, the ‘Chronicles Pack’ will feature three solo missions which give the player different characters to play as.