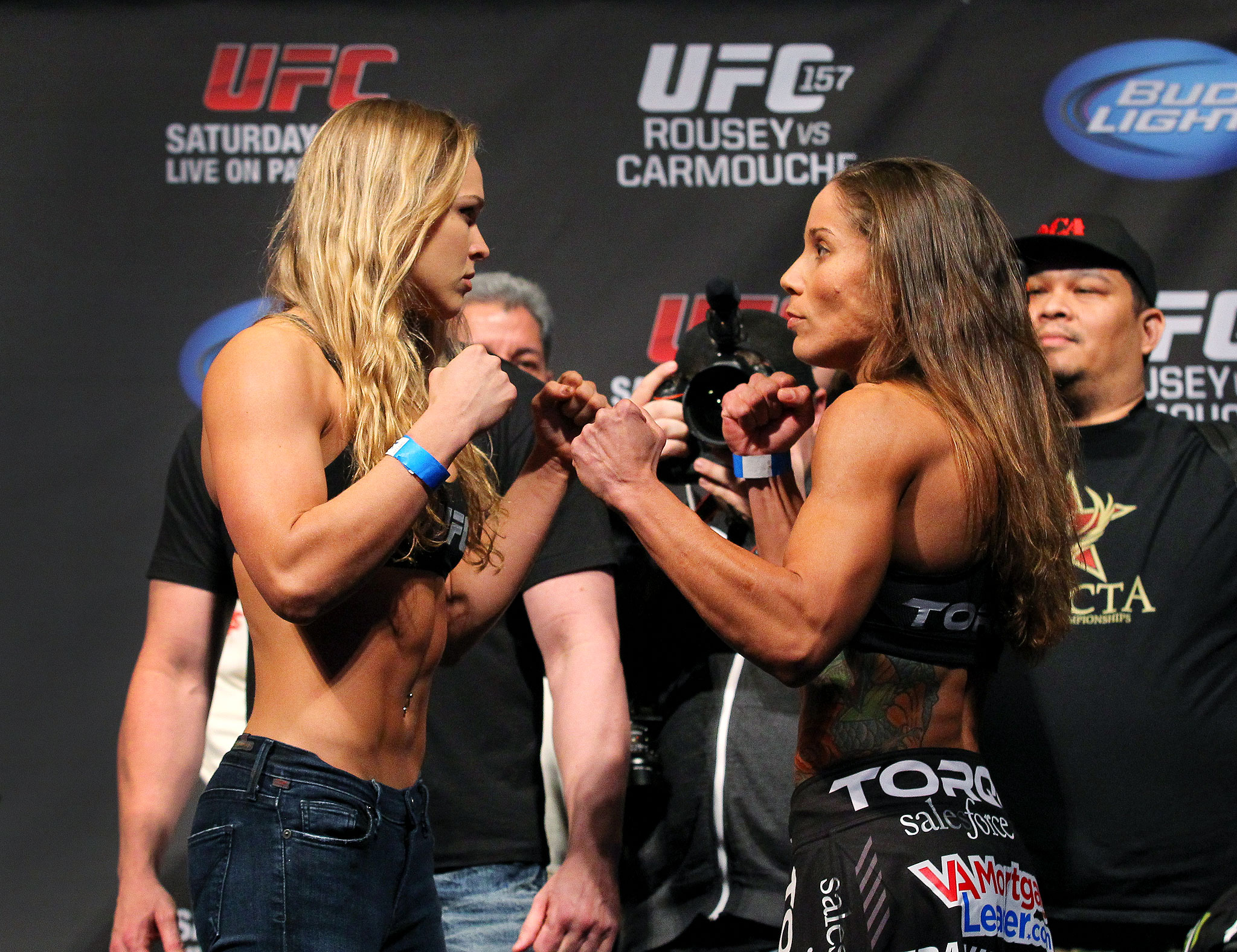 EA Sports UFC will feature playable female fighters for the first time ever in a UFC video game. This feature is headlined by UFC Women’s Bantamweight champion Ronda Rousey and top bantamweight contender Miesha Tate, the inaugural female coaches on the upcoming season of The Ultimate Fighter.

Starting next spring, players will “Feel the Fight” in the Octagon and experience the crippling power of Rousey’s signature armbar, the ferocious intensity of Tate’s grappling, and  many other fighting styles from an esteemed roster of female fighters in EA Sports UFC.

“This is a great moment for videogames and for Mixed Martial Arts,” said Dean Richards, General Manager, EA Sports UFC. “In our commitment to delivering the most realistic fighting experience ever achieved, we wanted to represent the full spectrum of talent and diversity of all the fighters in the sport, including women who have become an undeniable force to be reckoned with.”

“Since we added the Women’s Bantamweight division earlier this year, the women have impressed everyone,” said Dana White, UFC President. “The fights are always exciting, Ronda Rousey is as talented as any champion in the UFC and her rivalry with Miesha Tate is one of the most intense in UFC history. The female division has become a huge part of the UFC and fans will now be able to experience fighting with them in the game.”

Powered by EA Sports Ignite technology, EA Sports UFC brings the action, emotion and intensity inside the Octagon to life in ways that were never before possible. The next-generation of True Player Motion not only showcases the diverse, powerful and fluid attacks of elite mixed martial artists through Precision Movement, Dynamic Striking and Strategic Submission Battles, but also brings the combatants to life with Full Body Deformation and Real-Time Exertion. The simulation of Human Intelligence takes leaps forward with the strategic and adaptive MMAi system and is expressed through the most realistic characters ever created in a sports game.