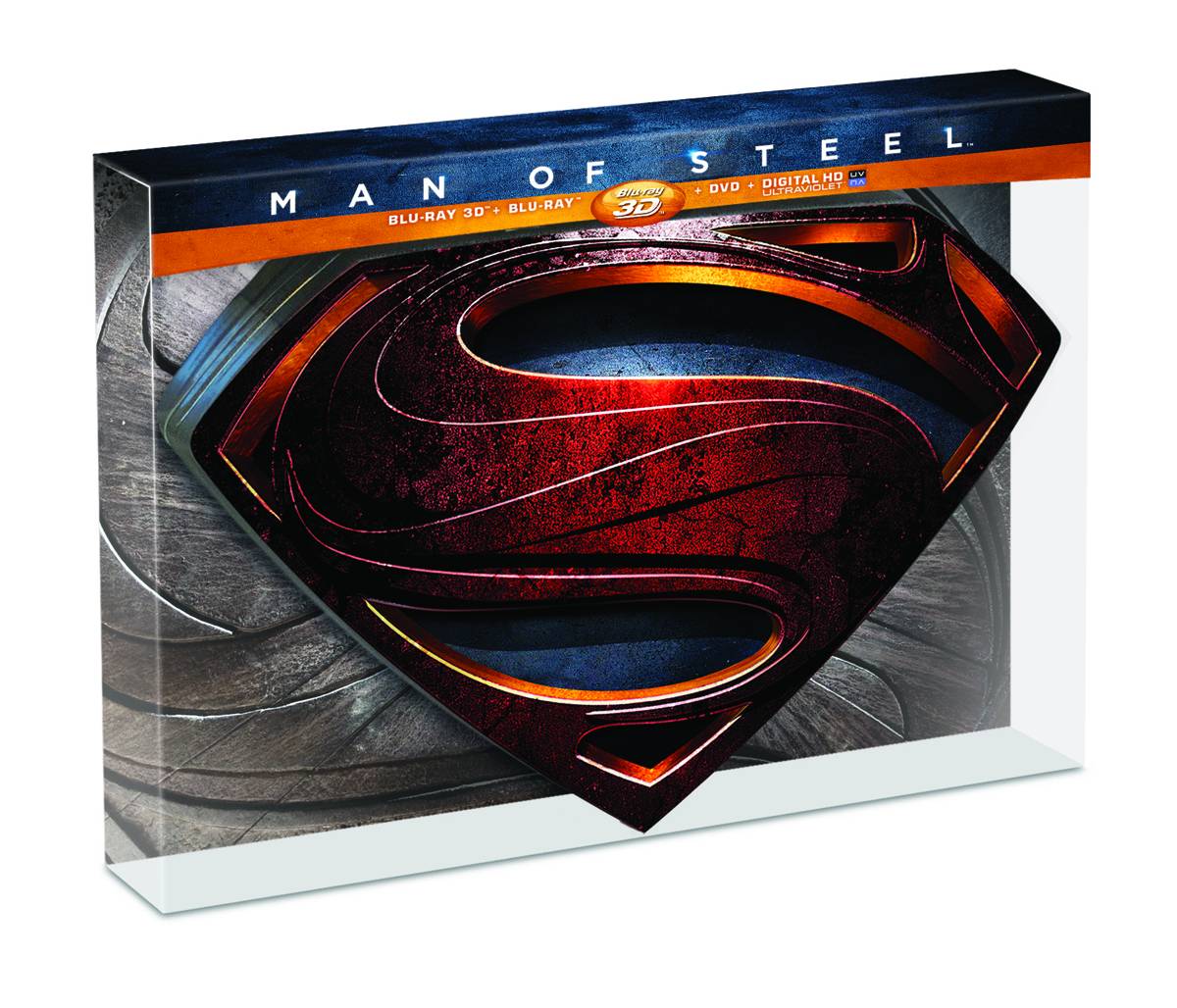 The fate of mankind is in the hands of one man when Man of Steel arrives onto Blu-ray 3D Combo Pack, Blu-ray Combo Pack, DVD 2-disc Special Edition, 3D Limited Collector’s Edition and Digital Download on November 12 from Warner Bros. Home Entertainment. The latest take on Superman was a box office hit with over $657 million earned worldwide and a sequel with Ben Affleck as Batman is in the works. In Man of Steel, Clark Kent is forced to confront his extraterrestrial past and embrace his hidden powers when Earth is threatened with destruction.

Man of Steel is produced by Charles Roven, Christopher Nolan, Emma Thomas and Deborah Snyder. The screenplay was written by David S. Goyer from a story by Goyer & Nolan, based upon Superman characters created by Jerry Siegel & Joe Shuster and published by DC Entertainment. Thomas Tull, Lloyd Phillips and Jon Peters served as executive producers.

A young boy learns that he has extraordinary powers and is not of this Earth. As a young man, he journeys to discover where he came from and what he was sent here to do. But the hero in him must emerge if he is to save the world from annihilation and become the symbol of hope for all mankind.

Journey of Discovery: Creating “Man of Steel” – This immersive feature-length experience allows you to watch the movie with director Zack Snyder and stars Henry Cavill, Amy Adams, Diane Lane and others as they share the incredible journey to re-imagine Superman.

All-Out Action – Go inside the intense training regimen that sculpted Henry Cavill into the Man of Steel and Michael Shannon and Antje Traue into his Kyptonian nemeses.  Includes interviews with cast and crew.

Planet Krypton – The world’s first exploration of Krypton and its lost society.