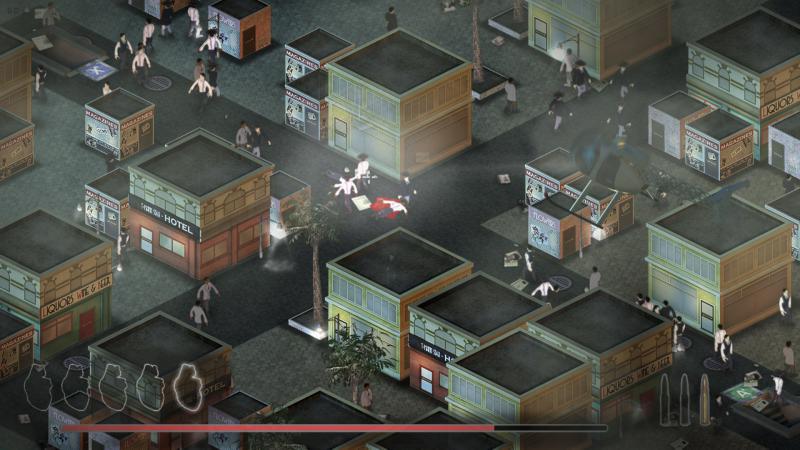 “We are delighted to be working with Philips uWand to introduce a social element to gaming on Smart TV,” said Pim Bouman, CEO at Gamious. “As one of the leading innovators in this space, Philips uWand’s direct pointing technology makes same-screen multiplayer incredibly easy and will help us bring our latest game, Dark Day LA, to a new audience.”

“Thanks to our partnership with Philips uWand we can now enter the Smart TV market, something that simply wasn’t possible with the controllers that are now provided with Smart TVs,” said Bouman. “Other pointing control technologies we have experimented with do not deliver the right experience for gaming. Now, on Smart TV, we can give players the same immersive experience that they’ve come to expect from console based gaming and new mobile platforms.”

Philips has enhanced its direct pointing technology to enable up to four uWand equipped remotes to be used simultaneously and to individually control distinct on-screen elements. To demonstrate this, Gamious’ latest title, Dark Day LA, will be multi-playable at the uWand booth at IBC 2013. In the game, one player assumes the role of a vampire trying to mingle with the crowds, while the other is a police sniper tasked with tracking the vampire down.

“TV is a social experience and gaming is a social experience, but until now a multiplayer gaming experience has required a games console. Our technology and partnership with Gamious shows how that gap can be bridged and new audiences addressed,” said Navin Natoewal, General Manager at Philips uWand. “The current generation of TV remote controls are letting consumers down. They are barely capable of navigating increasing complex Smart TV EPGs, let alone sophisticated multiplayer gaming. We have changed that.”

uWand technology uses an infrared camera embedded within the body of a remote control. The camera monitors the remote’s position relative to a small ‘beacon’ on the TV. This direct pointing technology makes uWand ideal for multiplayer gaming, as the cursor appears exactly where the user is pointing, and now up to four remote controls can be monitored at once.

The uWand technology, or same-screen multiplayer Smart TV gaming, is on display at the Philips booth at IBC 2013 in Amsterdam September 13-17.

Gamious is a game publishing company headquartered in Amsterdam, the Netherlands. Its mission is to create high quality, accessible, original games for the digitally distributed games market. In 2011, Gamious launched the Game Train, an innovative platform for collaborative development, bringing together creative talents in the industry around promising game concepts. With the Game Train reaching its cruising speed, Gamious will release several new titles in 2013.