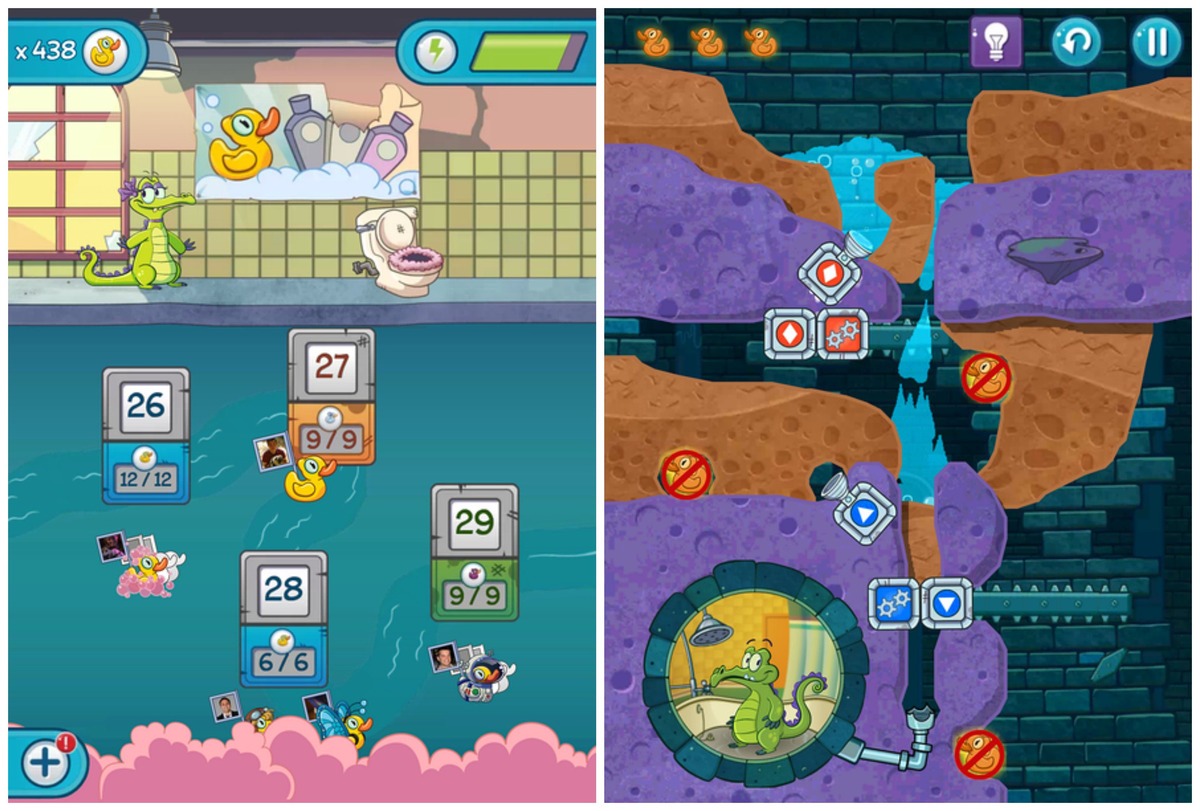 Disney Interactive is finally giving its hit mobile game a true sequel. The next adventure with Swampy and the gang in the Where’s My Water? 2 is free to play. There are more physics-based puzzles to solve as players explore challenging new levels across three brand new locations including the Sewer, the Soap Factory, and the Beach. Creator Tim FitzRandolph showcases what’s new in the exclusive video below.

Featuring over 100 levels and challenges to solve, players will experience the same cut and swipe mechanics pioneered in Where’s My Water? while being able to use power-ups such as Vacuum, Dropper and Absorber to “tri-duck” faster. In Where’s My Water? 2 players are also introduced to “challenge modes” for explosive level replays and quick-timed “Duck Rush” levels.

Since launching in September 2011, Where’s My Water? has been #1 in more than 100 countries, spawned  two #1 spinoffs, Where’s My Perry? and Where’s My Mickey?, and has been downloaded more than 250 million times. The game received multiple Game of the Year awards, inspired a successful line of retail merchandise, as well as an animated web series.

Key Features in the sequel:

Over 100+ levels and challenges with a brand new look in the Gator universe featuring Swampy, Allie, Cranky, and Mystery Duck.

Complete achievements and earn special themed duckies such as gladiator-duckie, astronaut-duckie, hula-duckie, and many more