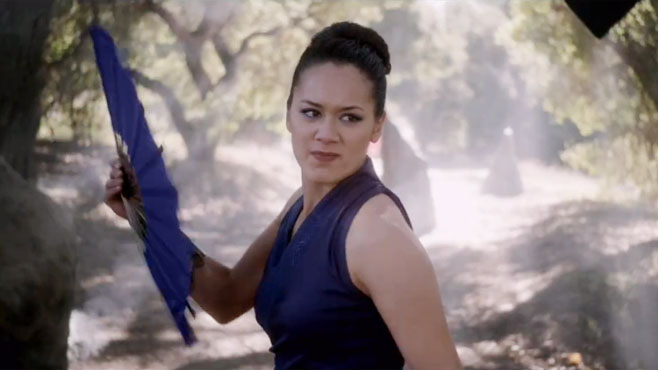 The first season of Mortal Kombat: Legacy was one of 2011’s most-viewed web series and has generated more than 70 million views to date. The series is also available on Blu-ray. In the second season, the saga continues as Liu Kang and Ermac join the ranks of fighters introduced in the series’ first season, including Kenshi, Kung Lao, Kuai Lang, Stryker, Kitana, Mileena, Johnny Cage, Scorpion and Sub- Zero. This new season uncovers the rivalries and histories of these fierce warriors as Raiden and his recruits clash against the dark forces of Outworld. Chronicling the tournament and the interweaving storylines of the most beloved Kombatants, fans also will learn of the complex relationship between Liu Kang and Kung Lao and revisit the complicated family dynamic of Kitana and Mileena. The epic battle for EarthRealm has finally begun!

“There has been so much anticipation around Mortal Kombat: Legacy II,” said director and co-writer Kevin Tancharoen.  “I’m excited to deliver this season to fans. There’s more action, fights, special effects, and overall, more of what fans want.”