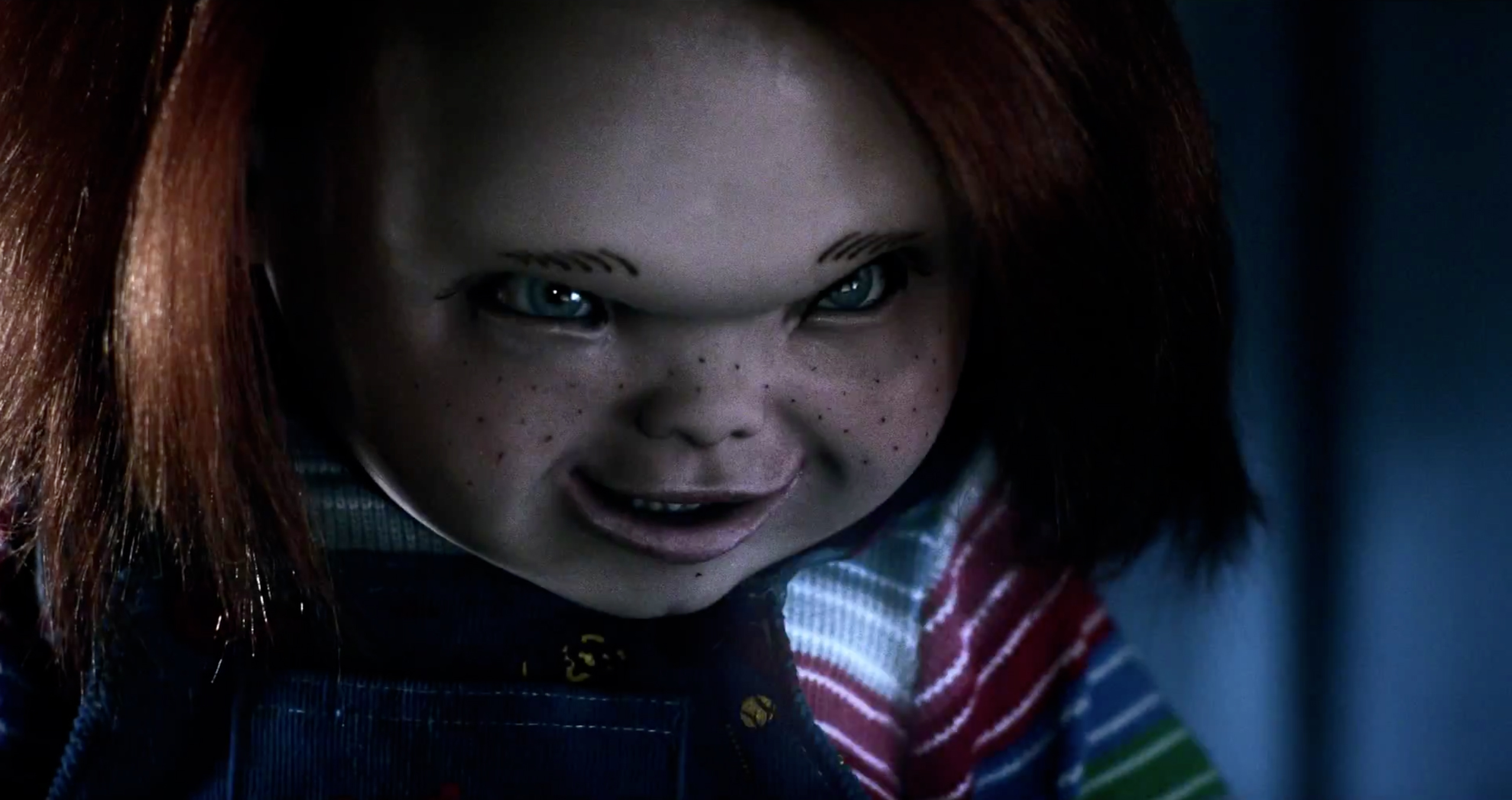 Terror returns in a deceptively tiny package when Curse of Chucky, the sixth installment of the chilling Child’s Play franchise. The movie comes exclusively to Blu-Rayand DVD on October 8 from Universal Studios Home Entertainment. Curse of Chucky reunites franchise creators Don Mancini and David Kirschner as Chucky returns to horrify viewers in an all-new, unrated chapter of the series.

“It has been a quarter of a century since fans were first petrified by Toyland’s most lethal serial killer in Child’s Play” said Glenn Ross, General Manager and Executive Vice President, Universal 1440 Entertainment. “Now, twenty-five years later, the deadly legacy continues as Chucky resumes his disturbing reign of terror, delivering more of the blood-curdling scares and bone-chilling twists that have cemented his place as one of the world’s most legendary horror film icons.”

Written and directed by Mancini, Curse of Chucky finds a family imperiled by the murderous doll that launched a generation’s nightmares – determined to finish a job that was started long ago. The film stars Fiona Dourif (The Master, True Blood), A Martinez (Longmire, General Hospital), Danielle Bisutti (Get Smart, CSI: Miami) and Brennan Elliott (Flight 93, Double Jeopardy), with Brad Dourif (The Lord of the Rings) once again providing the voice of Chucky, the homicidal plaything inhabited by the spirit of notorious serial killer Charles Lee Ray.

He’s back!  From the filmmakers that brought you Chucky comes the terrifying return of the pint-sized doll possessed by the spirit of a notorious serial killer. When a mysterious package arrives at the house of Nica (Fiona Dourif, True Blood), she doesn’t give it much thought. However, after her mother’s mysterious death, Nica begins to suspect that the talking, red-haired doll her visiting niece has been playing with may be the key to the ensuing bloodshed and chaos. The return of America’s favorite toy, voiced again by Brad Dourif, is unrated and full of more blood-splattered thrills and chills.

Additionally, Chucky: The Complete Collection Limited Edition is also available on Blu-ray and DVD on October 8.  For the first time ever, Chucky fans can experience all six movies in one set, including Child’s Play, Child’s Play 2, Child’s Play 3, Bride of Chucky, Seed of Chucky and  Curse of Chucky.

Bonus Features Exclusive to the Blu-ray:

Living Doll: Bringing Chucky to Life:  Featuring the award-winning work of animatronics company Alterian, this featurette shows the pain-staking detail involved with bringing Chucky to life and the army of people behind the process.

Voodoo Doll: The Chucky Legacy: More than six films and a quarter of a century, Chucky, the possessed Good Guys doll, has been the playmate we love to hate. This featurette looks at why we’re still frightened by the red haired terror and recalls some favorite moments from the previous films.

Playing with Dolls: The Making of Curse of Chucky: From scripting, to casting to shooting, this featurette proves that playing with dolls is definitely not child’s play. Follow the cast and crew of Curse of Chucky as they bring the newest and scariest chapter in the series to the screen.