Co-founder of Gamerhub Content Network, and in charge of the gears and cogs behind-the-scenes at GHTV.  John has been in the industry for over twelve years developing sites for a variety of companies, including AOL, MTV, Random House, and more.  He also plays games really well. 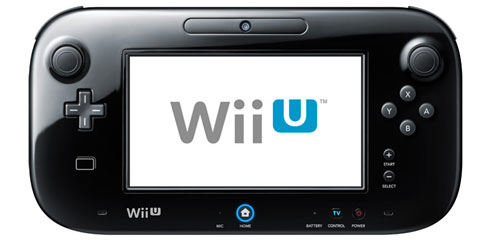 The next generation of the Nintendo Wii is here with the Nintendo Wii U.  Among the improved features are high-definition graphics for the first time on a Nintendo system, the ability to use your old Wii remotes, and, most importantly, an innovative new touchscreen controller called the GamePad.  The idea is that the touchscreen-enabled GamePad and your television work together to give you a brand new way of playing video games.

For example, in Nintendo Land (which comes with the Deluxe Set edition of the Nintendo Wii U) there’s a mini-game called Luigi’s Haunted Mansion.  In this game, the person with the GamePad plays as a ghost in a haunted house and they can see everyone on the touchscreen.  In the meantime, up to four gamers using regular Wii remotes play the game on the TV, and they can only see what’s in front of them with their flashlights.  While they’re trying to find the ghost by shining their light on it, the ghost is trying to sneak up behind them to give them a good scare.  Believe us when we say it’s a very unique experience, and an absolute blast to play as a group.

The Deluxe Set gives you the Wii U in a sleek black finish along with the GamePad, a stand, the appropriate power cables, an HDMI cable, and the Nintendo Land pack-in.  Nintendo also offers a basic set for $50 cheaper, but we would suggest working hard to find the Deluxe Set as it offers a better value.  When putting together your holiday hardware list, the question won’t be whether or not you want one but where can you find one in the first place.